When you visit Australia, you are stepping into a world that feels familiar but is vastly different from our own. Depending upon where you are in the country it feels earthy, almost Victorian, nature-oriented, modern, or magically ancient. As for the people, Aussies are direct and laid back—they don’t have much patience with people who behave as if they’re better than other folks. Authentic, sincere, and with a great sense of humor, Australians welcome those qualities in their visitors and love sharing their culture. 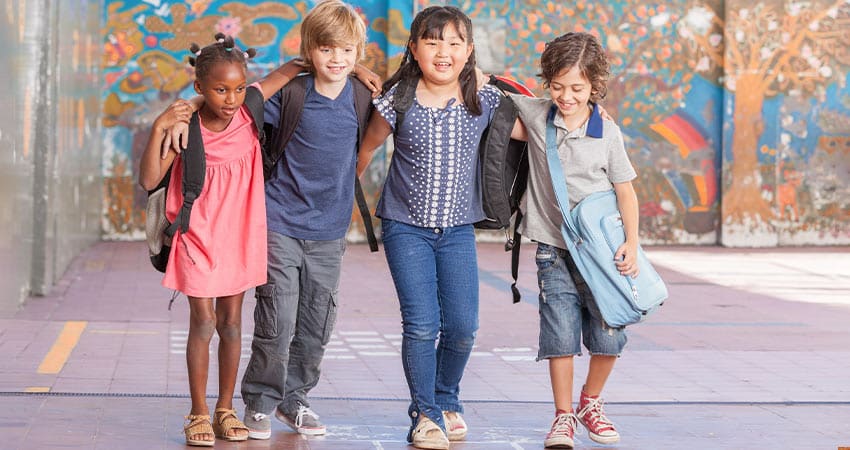 Australia has a western culture, derived from Britain, that is influenced today by American media. But its unusual geography, its Aboriginal and Torres Island people, along with others from Oceania, have a direct bearing on the daily life of all Australians. The ancestors of today’s Native Australians lived in the “land down under” 60,000 years ago; their belief system and art are the oldest surviving traditions in the world.

Before World War II, most immigrants were from the British Isles and Ireland. After the war, European immigrants, mostly those from Greece, Italy, the Netherlands, Germany, Yugoslavia, Lebanon, and Turkey, went to Australia. This great migration occurred because Australia sought to boost their population and their work force. In the last few decades, immigrants have also arrived from Southeast Asia. This diversity creates a vibrant art, music, and foodie scene that is heaven for visitors. 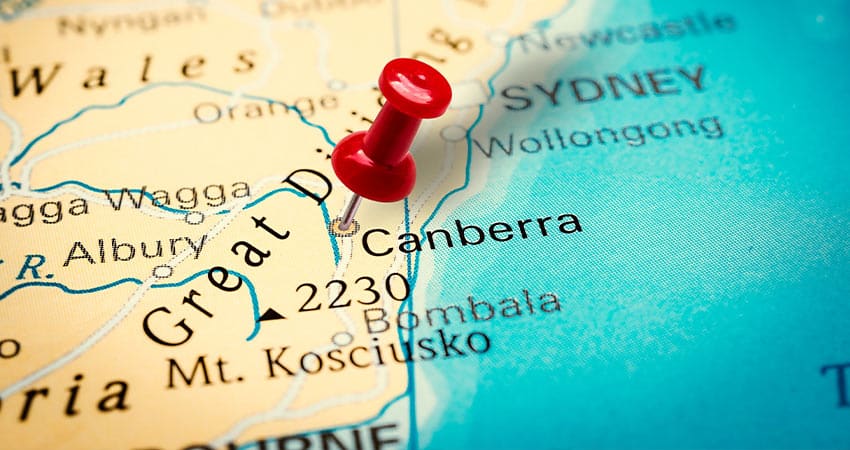 Canberra is the capital of Australia. A city of contrasts, Canberra has an easy-going lifestyle, a happy community vibe, and it is one of the safest cities in the world. One in four residents speaks a language other than English, and they pride themselves on their welcoming attitude. Other major Australian cities include Sydney, Melbourne, Brisbane, and Perth. Australia has a population of 23.13 million and it is 2.97 million square miles in size. More than three quarters of Australians live in cities and urban centers, mainly along the coast. 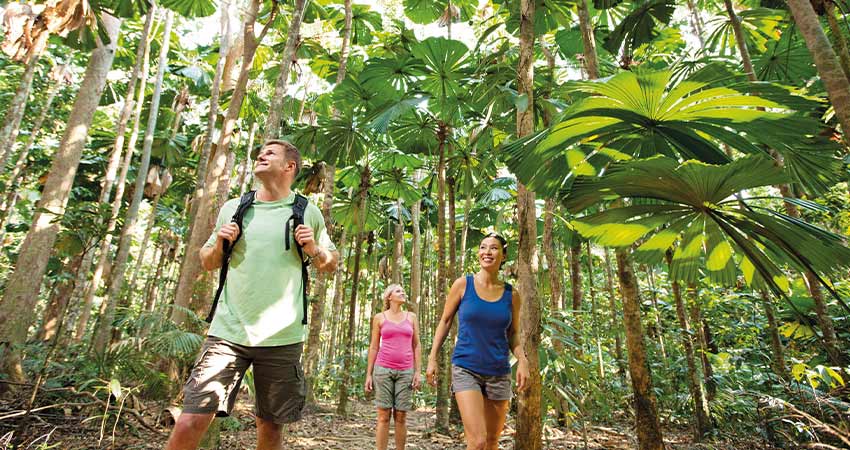 Australia’s seasons are the opposite of those in the northern hemisphere. March to May is autumn, from June to August it is winter, September to November is spring, and from December to February it is summer. The difference in seasons makes Australia particularly joyful for travelers in the Northern Hemisphere who want a winter break. 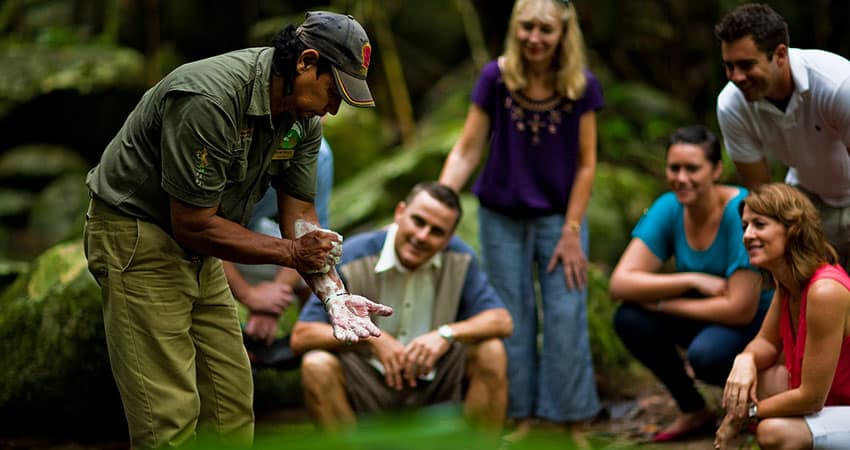 Australian English is the country’s official language, and it is the first language of most Aussies. Australian English is different from other forms of English in its vocabulary, accent, pronunciation, grammar, and spelling. That being said, there are more than 250 indigenous languages, including 800 dialects. Each of these languages is specific to a particular place and people. Even in small geographic areas, sometimes many dialects are spoken. Other than English, the top ten languages spoken in Australia are, in order of the number of people who speak it: Mandarin, Arabic, Vietnamese, Cantonese, Punjabi, Greek, Italian, Filipino/Tagalog, Hindi, and Spanish. 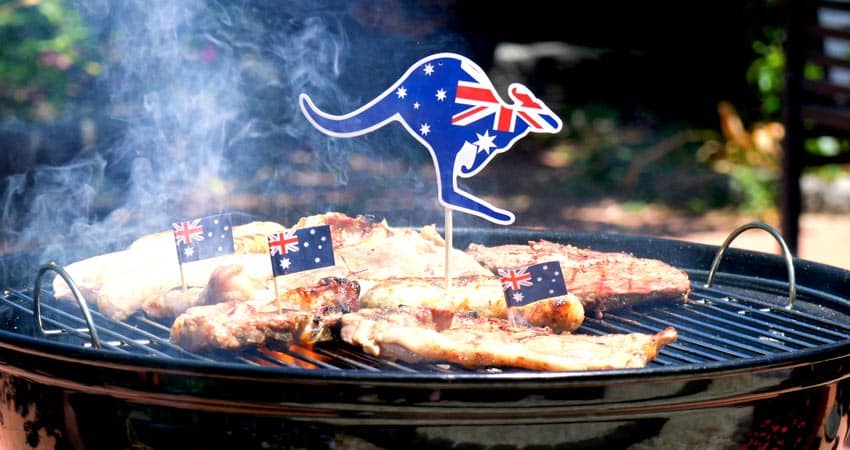 Customs and manners aren’t generally formal, except in a ceremonial or business setting. As many Americans do, especially people in the western US, it’s common to shake hands and just use first names to introduce people. With luck, you may enjoy a spectacular Aussie BBQ and a cold beer while there. If you’re invited to someone’s house, call ahead and see if there’s something the hostess would like you to bring. Don’t be late. And keep your elbows off the table! 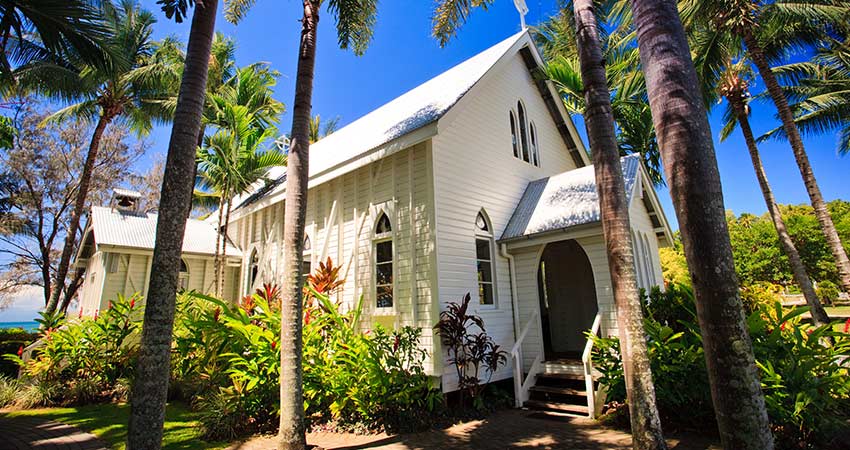 Only about 25% of people attend church regularly, but Easter and Christmas are major holidays. Today, the Roman Catholic Church is the largest government provider of health and education services in Australia. About 72% of Aboriginal people practice some form of Christianity. They have also maintained their own spiritual belief system and see no problem with having more than one spiritual base. (This is also true of many American Native people.)

Sacred Native Australian religion and mythology can be heard in stories told by Aboriginal Australians during ceremonies and around campfires. Their spirituality includes the Dreamtime (the golden age when ancestors were first created), songlines, and oral literature. Each group holds the stories of their ancestors, and it is some of the earliest recorded history. It’s amazing to think that these stories have been passed down over thousands of years, remaining much the same. Storytelling is an extremely important part of local life, binding present people with those who came before. 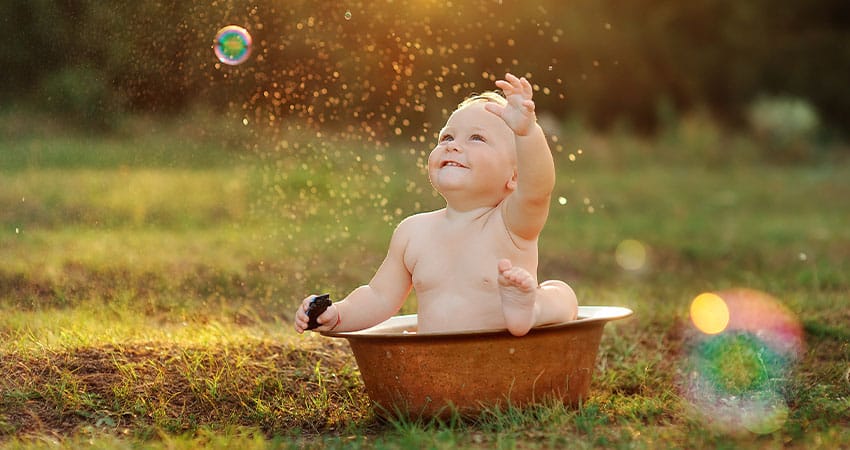 Naming babies is much the same as it is in America and Great Britain. Most children take their father’s last name, but this is up to the parents to decide. As in the traditional western world, a name stays fairly constant throughout a person’s lifetime. For Aboriginal people, naming is different. Although more children are being given western names, old customs remain and names may change according to age, status in the group, the death of someone with the same name, their relation to the person they’re speaking with, and a specific occasion.

Australia is a place of stunning contrasts, pristine beaches, unique wildlife, and outrageous landforms. Its people are as diverse as the landscape, and it is this diversity that makes Australian culture a pleasure to experience. In a short period of time, you can listen to world-class opera, storytellers passing down timeless wisdom, play with a boomerang or make music on a didgeridoo. Hear why the rainforest is thought of as both a tool box and a church. Understand why Australia acknowledges the Aboriginal people as the custodians of the waters, sea, and land for 60,000 years. Or just kick back and enjoy the best BBQ, and companionship, imaginable.

This is the ideal time to celebrate the sights, sounds, tastes, wildlife, nature, and culture of Australia. Our Destination Experts are happy to create the Australia vacation of your dreams.

Australia’s Culture and the Dreamtime