There are many wonderful reasons to take an England vacation: England has naturally lush, green landscapes, a rich history and, of course, the landmarks of London. But, first and foremost, England is part of the island of Great Britain, which means it is filled with beautiful, authentic seaside towns just waiting to be discovered.

Whether a traveler is seeking breathtaking views, fresh local seafood or a frothy pint of beer at a charming village pub, the English coast has it all. Here are eight towns along the English coast that offer visitors a taste of authentic England: 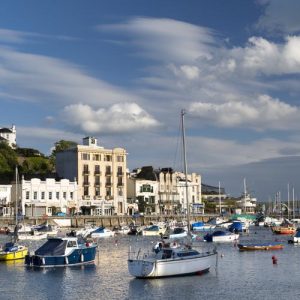 With its distinctive north and south coasts, Devon is a sea lover’s dream destination. However, even in a county teeming with seaside towns, Ilfracombe stands out. Founded in the Iron Age and coming into its own as a popular resort spot during the Victorian era, Ilfracombe features stunning white sands, hand-carved tunnels leading to sheltered beaches and a tiny, picturesque harbor surrounded by quaint Victorian homes. Adventurous types can hike up to 700-year-old St. Nicholas Chapel for an unforgettable view of the bay, while those looking for a traditional English pub will love Fore and Broad Streets. 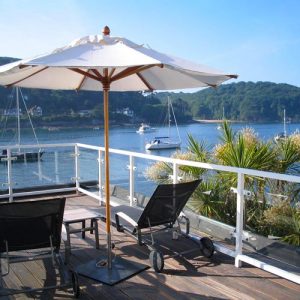 Devon also boasts seaside gem Salcombe. Dotted with pastel-painted homes, quirky shops and old-timey pubs, this town is bursting with activity and local charm. However, for those longing to get away from it all, tranquil Kingsbridge Estuary is just a ferry ride away, and the ruins of Tudor-era Salcombe Castle are just off the beach at North Sands. End the day with a drink at local haunt The Ferry Inn to enjoy waterfront views and good conversation. 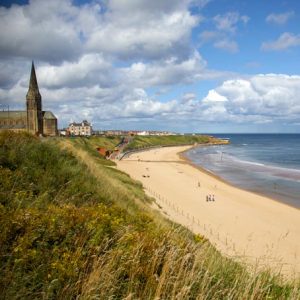 A trip to Tynemouth in Northumberland lets visitors combine two of the top things to do in England: explore castle ruins and partake in delectable seafood. Tynemouth Castle and Priory, which were frequented by Edward I and Edward II, provide the majestic historic backdrops, while unpretentious Riley’s Fish Shack, located on King Edward’s Bay, dishes out delicious fish empanadas. Those hoping to catch some waves can hit surfer hangout, Longsands Beach. 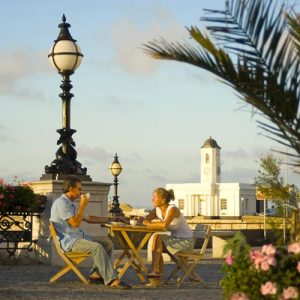 Margate, Kent, has been attracting saltwater enthusiasts for over 200 years, but it limped into the 21st century, many of its most famous seaside attractions shuttered and derelict. However, over the last decade, Margate has reinvented itself as an artsy beach community that still pays homage to its past. The tiny lanes of Old Town exude a quaint old English charm, while the shops themselves give off a funky modern vibe. Meanwhile, formerly closed Dreamland theme park has been resurrected as a retro amusement destination, keeping true to its roots as the “U.K.’s original pleasure park” with historic rides and classic sideshows. 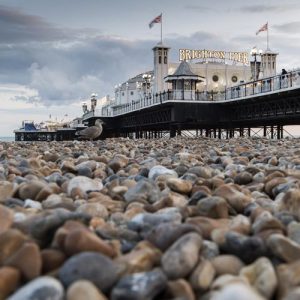 At a glance, vibrant, LGBT-friendly Brighton, Sussex, tilts toward the modern, with its looming i360 observation tower and a neon-flashing pier rumbling with amusement rides. However, a walk through the shops, restaurants and pubs that line Brighton’s famous, maze-like 18th century Lanes feels like a trip through time, and those who explore the town’s seafront bars will discover some of the best, and most diverse, nightlife outside of London. Brighton is authentic England at its progressive best.

Of all the seaside places to visit in England, Whitstable, Kent, may offer the best seafood. Known for its oysters since the time of the Romans, Whitstable remains one of the most traditional seaside towns in England. Though a popular holiday destination, it is largely uncommercialized and populated with friendly folks who are happy to chat with guests at length. Those who don’t mind crowds will enjoy the annual Whitstable Oyster Festival. Those who enjoy a slower pace may want to avoid summer visits and take in a crisp beachside stroll during the autumn months. 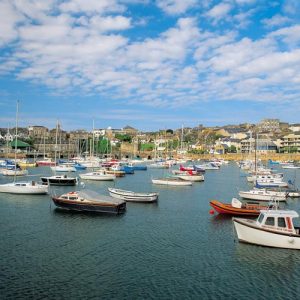 Penzance, Cornwall, is also among seaside towns in England that have managed to retain their authentic appeal. Take in glorious Mount’s Bay, wander the rustic Victorian seafront, explore Celtic ruins or take advantage of some of the loveliest beaches in England. Don’t forget to make the three-mile jaunt to St. Michael’s Mount, a jaw-dropping island castle that has served as a military fortress and a trading post over the centuries. During low tide, the trek to the island can be made on foot. 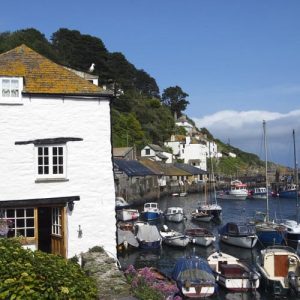 Also in Cornwall is Polperro, a fishing village that has been unmarred by time. Lined with beautiful cottages and home to some of the most walkable beaches in England, Polperro is the perfect destination for authenticity seekers all year around. Cliffwalks on both sides of the village make for stunning views, and the picturesque harbor makes it a must-see for artists and photographers.