Wales is a Movie Super Star

Wales is a small country with a large legacy in the film industry. It has been a secret paradise for directors, producers, actors, and animators since the late 19th century. Various aspects of Wales have been portrayed, from its working class heroes to its super heroes. Listen to the mesmerizing voice of Richard Burton ringing through the works of Dylan Thomas in an Academy Award-winning documentary.

The scenery, of course, gives Wales its super star status. The rugged coast, villages with cobblestone streets, lovely Cardiff, and breathtaking Snowdonia all fuel us with a longing to visit the places in Wales we’ve come to love on the big screen. 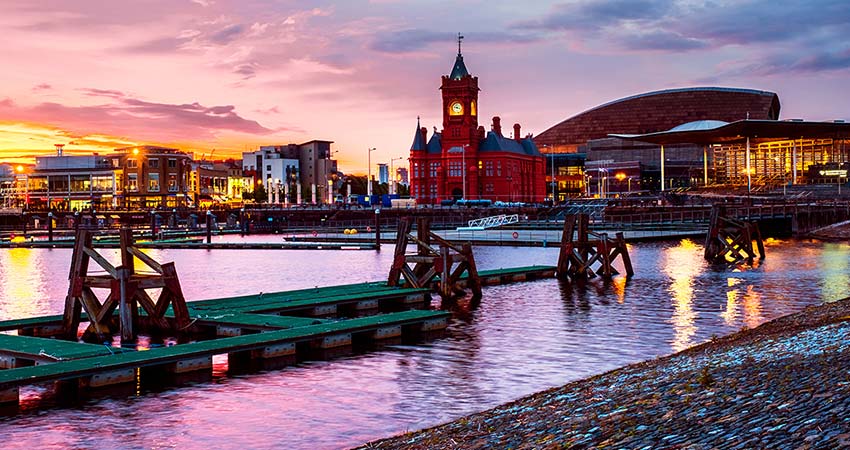 At the beginning of the 21st century, movies set in Wales included House!, Very Annie Mary, The Dark, Evil Aliens, and The Edge of Love. Richard Marquand, born in Wales, directed Return of the Jedi, and Terry Jones brought us Erik the Viking. Timothy Dalton played James Bond.

The great Anthony Hopkins has given us six decades of stellar film performances, including The Elephant Man, The Silence of the Lambs (for which he won an Oscar), and Father. Catherine Zeta-Jones, from Swansea, once one of Hollywood’s highest-paid stars, won an Oscar for Chicago. 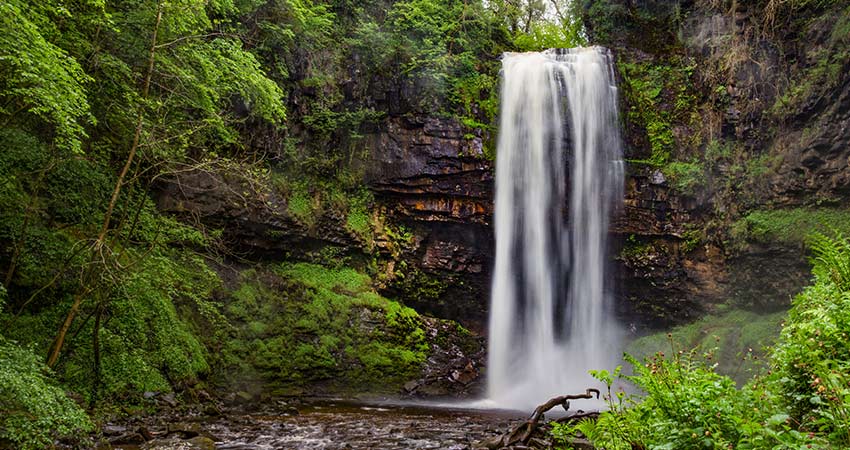 Wales is also home of the infamous Bat Cave. The Caped Crusader’s hideaway is Henrhyd Falls in the Brecon Beacons, South Wales’s tallest waterfall. Walk behind the falls (yes, you can do that!), and you’ll find the superhero’s home disappear behind a roaring curtain of water and light. Wales, filled as it is with dramatic landforms, has doubled as numerous countries, including China and Kazakhstan.

Marvel Studios and DC films are both in love with Wales. Captain America and Wonder Woman were the perfect heroic pair in Snowdonia National Park. In Captain America: The First Avenger, the Ministry of Defense’s Caerwent department was used for the World War II scenes. DC Studios followed up 2017’s Wonder Woman with next in the series, and the opening scenes were shot in Northern Wales at stunning Swallow Falls. We see Diana Prince, before her transformation into Wonder Woman, exploring Themyscira, her childhood home of mighty Amazons. And there we fall under the spell of those magnificent waterfalls. 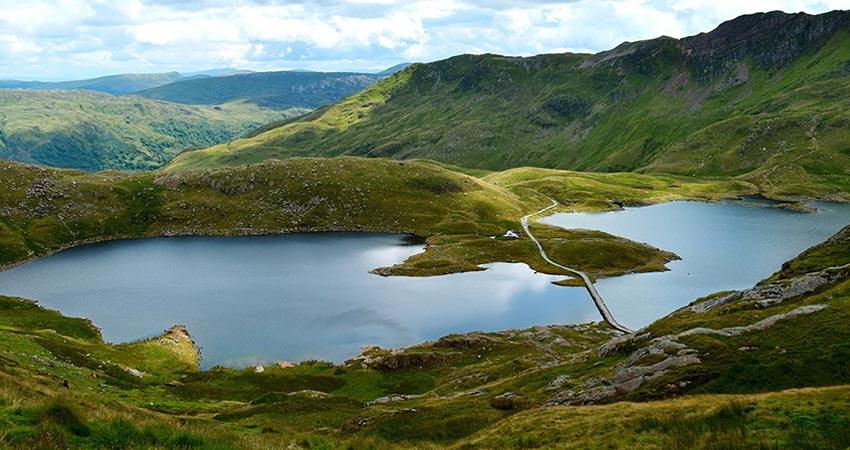 It could be said that the real star of Tomb Raider: Lara Croft and the Cradle of Life was Snowdonia. Locations for this film were Pen Y Pass and the Alexandra Slate Quarry’s hair-raising 100 ft. drop. Willow was also filmed in Snowdonia. George Lucas created this cult classic, and also used a defunct slate quarry near Llanberis. The foot of Mount Snowden was used for dramatic effect, and Disney+ is packaging a new version. Pierce Brosnan, as James Bond, filmed The World is Not Enough in Snowdonia. It was in this film that Wales doubled for Kazakhstan.

The popular TV series Merlin had, of course, many scenes with magic, sorcery, and Druidic spells. Wales was the natural film location. In Merlin, the Neath Abbey ruins became the castle of timeless kings, discovered by Arthur as a young man. Trefil, the highest village in Wales, was chosen because of its peaceful, isolated location. 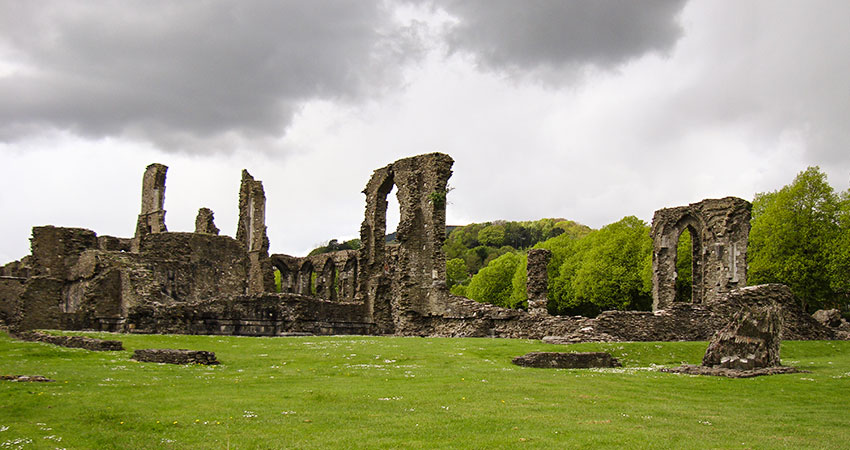 Harry Potter and the Deathly Hallows, Parts 1 and 2, made good use of scenic Wales. Freshwater West, Pembrokeshire, had a starring role in both movies. In the first film, Hermione, Harry, and Ron escape to Shell Cottage from Malfoy Manor. These sets were built on the northern end of the beach. Freshwater also stars in the second film. Walk through this area, and you’re in the movies! 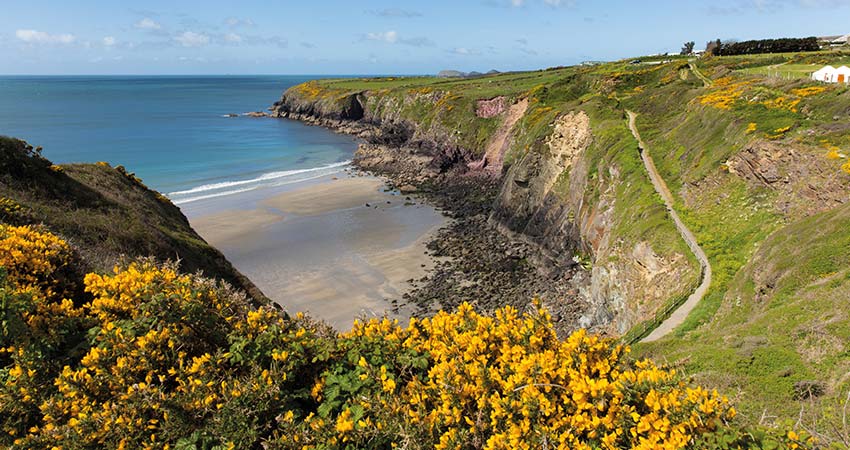 Russell Crowe, appearing as Robin Hood, spent time filming in Pembrokeshire and Freshwater West. A popular movie location, the beach on the Pembrokshire coast was also used for the French invasion of the south of England. Another film made there, on Marloes Sands, was Snow White and the Huntsman. Watching a herd of horses and their riders, thundering down the beach, was movie-making at its best.

Snowdonia, Pembrokeshire, Cardiff, cozy villages… When you travel to Wales, visit the places you’ve loved seeing on the silver screen. They are every bit as mystical and dramatic as you’ve imagined. Merlin’s magical home and the Caped Crusader’s bat cave await your visit to glorious Wales.

Top 7 Waterfalls to Discover in Wales