As if that’s not rough enough, Dumbledore is caught on the horns of a dilemma—how long can he stay out of a horrendous world war that is clearly brewing? The battle between good and evil, and creatures both real and imagined, still lives in the part of us that remembers stories from the mists of time. Below are some of our favorite Celtic beasts—ones the Hogwarts left out of their texts—for better, worse, and scarier. 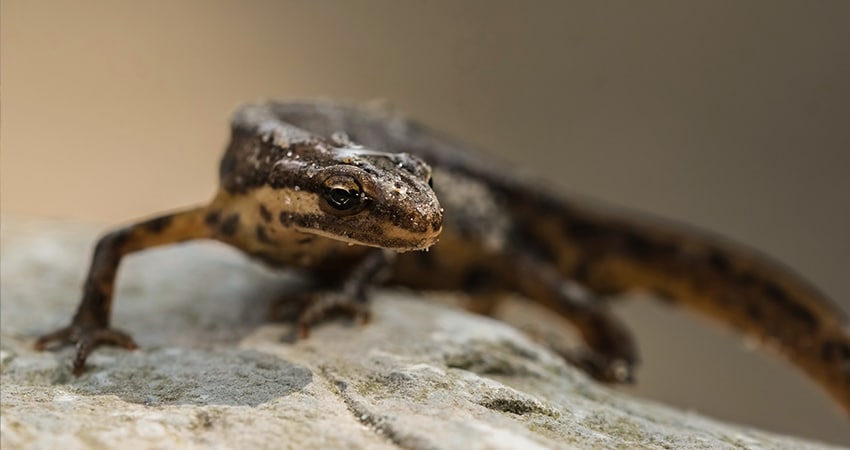 The lesson we learn from Ireland is never to fall asleep by a stream or pond. If you do, an alp-luachra may take the form of a newt and crawl down your throat. The joint-eater is an invisible fairy—if it crawls down your throat, you’ll never get fat because they eat at least half of what you consume. They also eat the very essence of food that is nutritious. Apparently, some Irish people did eat newts, and it is said they were haunted by these beings. 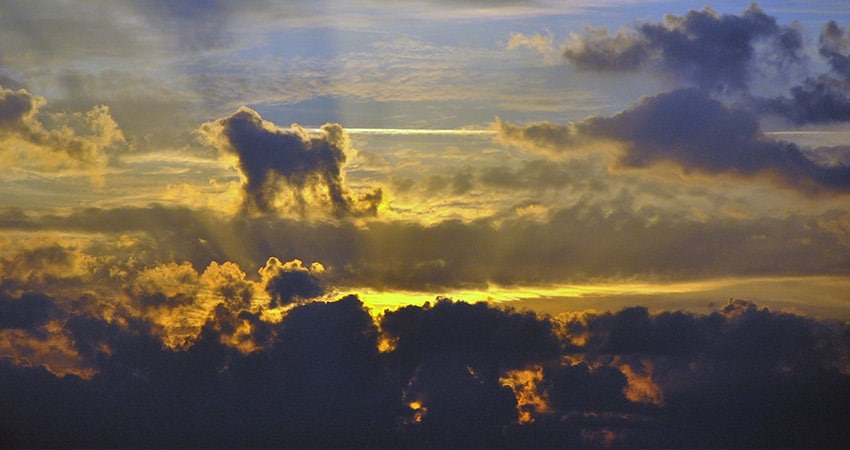 From Wales, the Dormarch is the hound of The Wild Hunt, and he lived with Maelgwn Gwynedd, a 6th century king. This mighty hound escorts the newly deceased souls of warriors to Annwyn, the Welsh concept of heaven. He has the usual hound head and two front legs, but his body narrows until it becomes three fish tails. According to legend, he now rides on clouds that haunt mountain peaks, still taking warriors home. 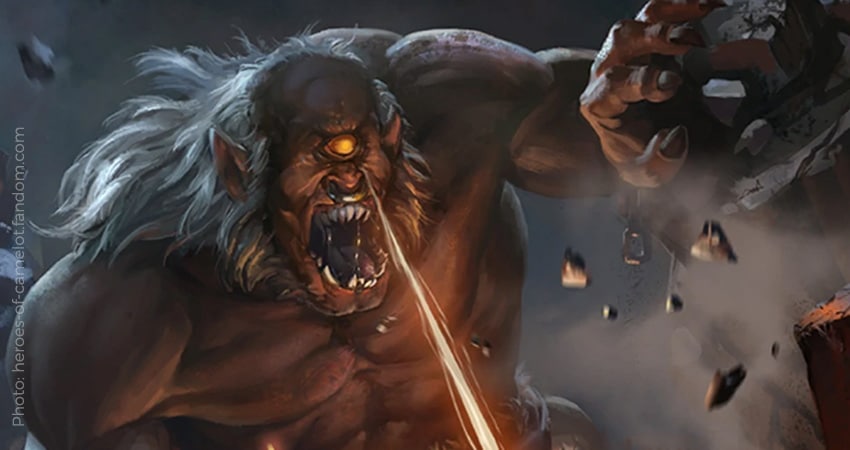 In Ireland, Balor was the leader of a group of evil, supernatural creatures. He was a giant, as malevolent beings often are, with one blazing eye that destroyed everything in its path. Some said his gaze was poisonous.

As a youth, Balor was told that his grandson would slay him. When he sired a daughter, the cyclops kept her locked away so the prophecy could not be fulfilled. His daughter, even though locked away, had three children. In battle, one of her sons killed Balor, with the cyclops being unaware of his relationship to the man he fought with. Balor lived on Tory Island, a lonely place off the coast of Donegal. He was the embodiment of the harsh sun’s burning rays. 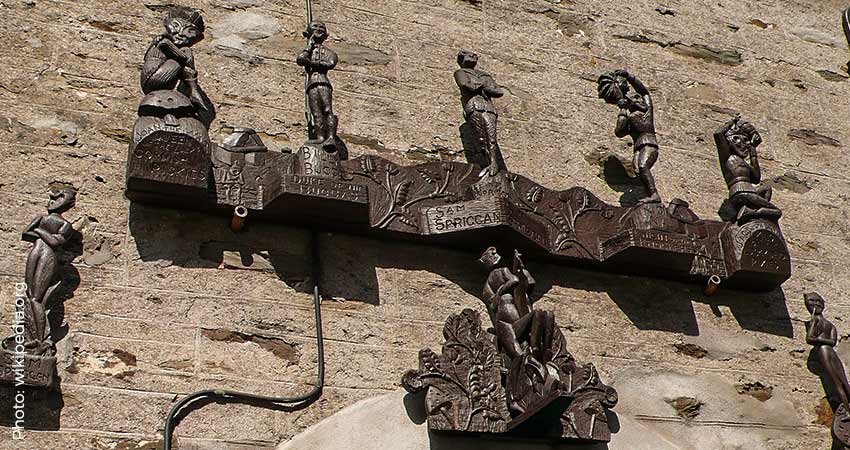 A legendary woman in the folklore of Cornwall and Devon, Joan was Queen of the Pixies, and some say she still is. (“Wad” is another word for torch.) Her partner is Jack O’ Lantern, King of the Pixies. They’re not evil, but they are definitely pranksters, often leading wanderers off paths on moors and fields shrouded in mist. On her own, Joan is a kind soul. She lights the way to safety and brings good luck. According to rhyme, “Good fortune will nod, if you carry upon you Joan the Wad.”

In pictures she is seen as a naked sprite, carrying both elements of fire and water. In the 19th century, people held onto lucky charms with her image, and she was also pictured on door-knockers as the spirit who protects a house. 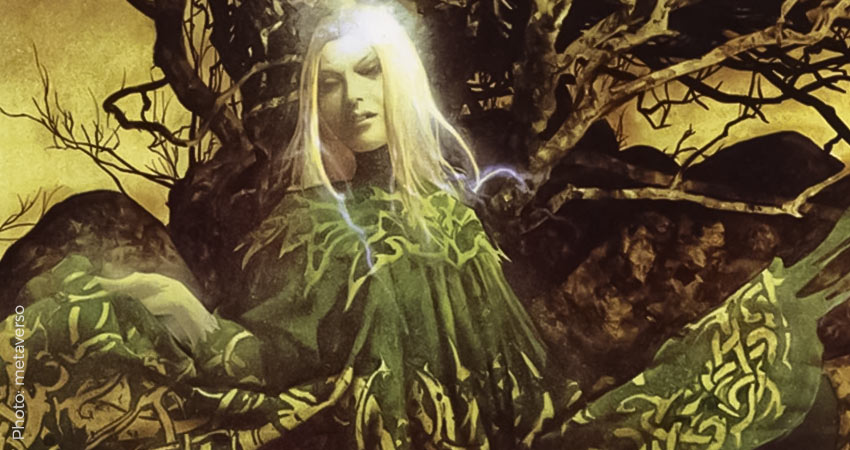 This ghost is from Scotland’s array of myths. Taking many forms, the glaistig, also known as the green maiden, may appear as a gorgeous woman or, like a satyr, as half goat and half maiden. Her lower half, the goat half, is covered with a long green robe and her hair is gold or silver. Depending upon her mood, she can be a force for good or for evil.

In some tales, she seduces men with song and dance and then drinks their blood. In tales about her good side, she protects cattle and shepherds. Because of that, town people poured milk into stone bowls for her to drink. Later, in these myths, deer replaced the cattle, and the glaistig became the goddess of the hunt. She might protect her herd fiercely, or she might help a hunter out. 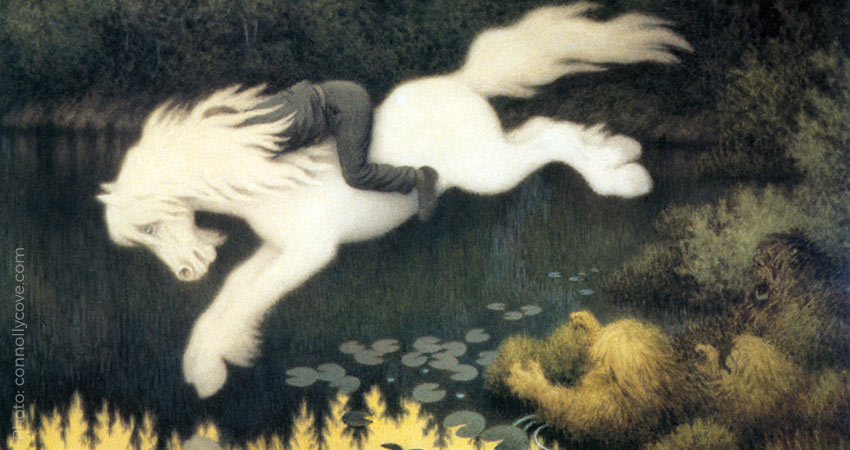 Also called a pooka, this is a Celtic creature that brings both good and bad luck. They are the original shape-changers and might appear as a horse, goat, cat, dog, or a rabbit. (If you saw the movie Harvey, you already know about pookas!) Sometimes they look human … they do have fuzzy ears or a tail. Although spelled differently, the púca is seen throughout many Celtic cultures, including Welsh, Cornish (where it is called the bugaboo), and Brittany.

The púca occasionally talks a person—they do have the power of speech—into climbing on their back. They don’t do any actual harm, but they give someone a very wild ride. According to legend, the only person who ever stayed on a púca’s back for the entire time—imagine staying on a bucking bronco—was the High Chief of Ireland, Brian Boru. When this creature likes someone, he gives them good advice that saves them from dangerous situations. 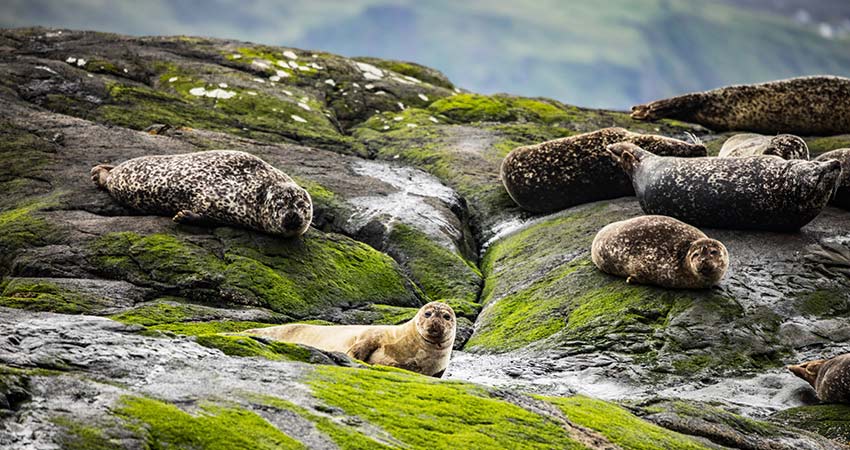 Selkies play a significant role in Scotland’s mythology—the name means “seal folk.” They are exceptional beings who can shed their seal skin and take on human form, somewhat like mermaids. Their tales are part of the Northern Islands of Scotland. Usually, they’re about female selkies. A man might find her sealskin, she loses her power, and he seduces the selkie into a relationship. Most of the tales come from the Orkney and Shetland Islands, although there are similar tales from Iceland. (In the Shetland tradition, there are also handsome mermen.)

After a selkie becomes the wife of the man who has taken her skin, she often gazes longingly out to sea. If she recovers her skin, she returns to the waters, even if she has children. She revisits them along the shoreline, watching them, drawing close, and speaking to them. The belief in selkies was so strong, that it was only during the harshest times of starvation in the Scottish Islands that people killed seals.

We fall under the spell of movies such as The Secrets of Dumbledore, because they are familiar, we enjoy strange creatures with stranger powers, and we love every moment of the struggle between good and evil. View our Mystical Scotland itineraries here. Curious about Mythic Ireland, view Ireland vacations here.