With characteristic Irish charm, wit, and dazzling smiles, it’s no wonder that some of our favorite movie stars are Irish. They have portrayed aliens, heroes and heroines, spies, fantasy characters, historic adventurers, and Irish housewives. And they have won a boatload of Oscars. When you visit Ireland, you might want to stop in the town, and explore the streets and lanes, where one of your top picks was born and raised. Head into a pub, ask a local for a story, and prepare to be entertained.

We’re counting Northern Ireland roots as Irish. A Celt is a Celt, regardless of political boundaries! 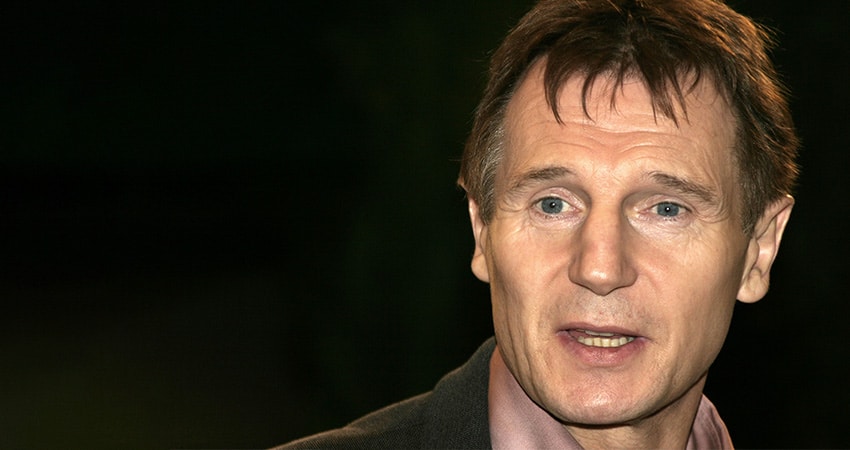 Is there anyone who doesn’t love Liam Neeson? He seems to have it all—a rugged man with a winning smile and a warm heart. He hails from Ballymena in County Antrim, and has Irish, English, and American citizenship. He has been nominated for an Academy Award and won two Tony Awards. Neeson has 138 film and TV credits. Liam was a member of the Lyric Player’s Theater in Belfast, and his first major film role came with Excalibur in 1981.

Several years later, in 1993, Steven Spielberg cast him as Oskar Schindler in Schindler’s List, and that was his break-out movie. He was a surprising choice for the lead character in this riveting movie, and he was extraordinary. (He was nominated for the Academy Award as Best Actor in a Lead Role, losing to Tom Hanks in Philadelphia—another perfect performance.) There are three films coming out in 2022 with Neeson, including Ken Burns’ look at Benjamin Franklin and the narration of a documentary about Ireland.

Personal Quote: “Before Schindler’s List, I wouldn’t have believed movies had a lot of power for social change. But having seen what happened with Schindler’s List, and touring the world with it, it really made me realize the power of images.” 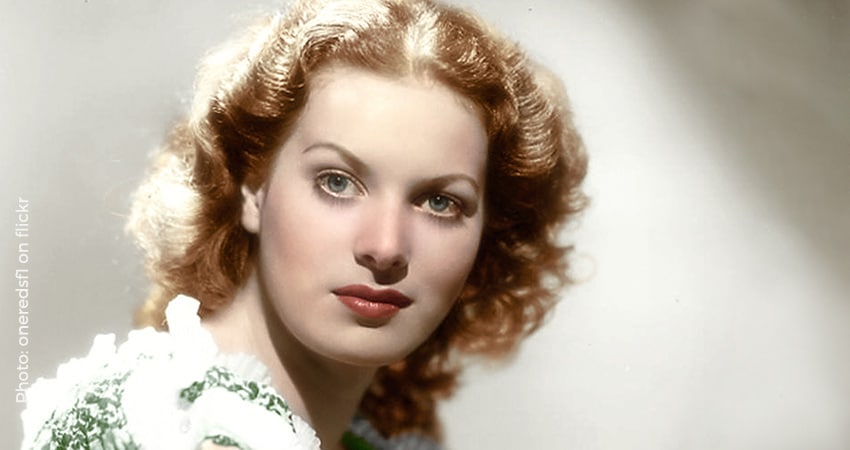 Dublin-born Maureen O’Hara was brilliant. She worked with directors John Ford, Howard Hughes, and Sam Peckinpah. Her leading men were Errol Flynn, Alec Guinness, Tyrone Power, Cornell Wilde, Rex Harrison, John Wayne, and Douglas Fairbanks Jr. While filming Our Man in Havana, she became close to Che Guevara, whose grandmother was named Lynch—pure Irish. She appreciated Che’s fighting spirit. Director Martin Scorsese called the film she made with Wayne, The Quiet Man, one of the greatest movies of all time.

O’Hara learned fencing and did her own stunts in swashbuckling adventures. She was fierce and passionate. She and John Wayne starred together in numerous films; their gazes were so strong, that John Ford refused to film them looking into each other’s’ eyes until the last day of shooting. They had such chemistry that many thought they were married. They were not, but they were aligned in protecting each other. The Oscar alluded her, but in 2014 the Academy of Motion Picture Arts and Sciences presented her with an honorary Oscar. In 2011, O’Hara was inducted into the Irish America Hall of Fame at a blow-out event in County Wexford.

Personal Quote: When asked what her most singular characteristic was… “The hell and fire in me. They come as a set.” 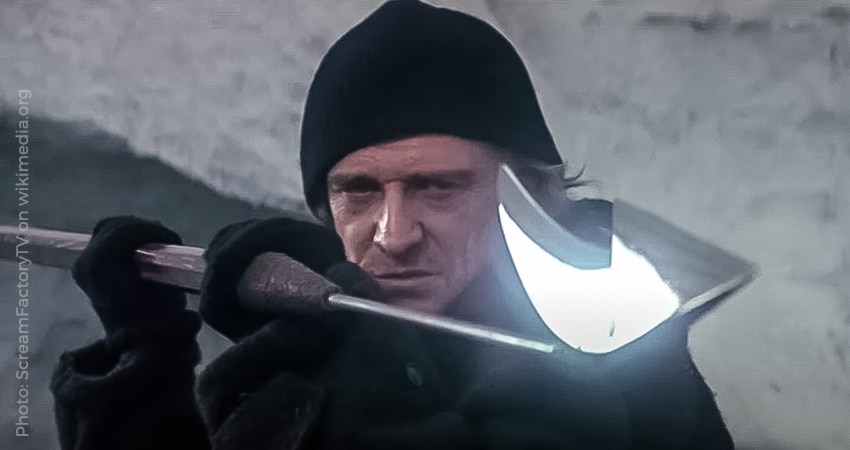 Harris was born in a nine-bedroom, comfortable middle-class family home in Limerick, Ireland. Harris worked his way up the ranks in Hollywood, starring in small movies. He got his big break, and first starring role, in This Sporting Life. It won him the Best Actor Award at the Cannes Film Festival and an Academy nomination. He played an Irish immigrant, was directed by Sam Peckinpah, played the Biblical character of Cain, was directed by John Huston, was the romantic lead in a Doris Day spy comedy, and starred in a box-0ffice hit with Julie Andrews.

Harris was the perfect Arthur to Vanessa Redgrave’s Guinevere in Camelot, and he reprised the role on stage when Richard Burton fell ill. Clint Eastwood directed him as English Bob, a gunslinger in Unforgiven. Younger audiences know him from the early Harry Potter films as Dumbledore. Few people have had such a career.

Personal Quote: “When I’m in trouble, I’m an Irishman. When I turn in a good performance, I’m an Englishman.” 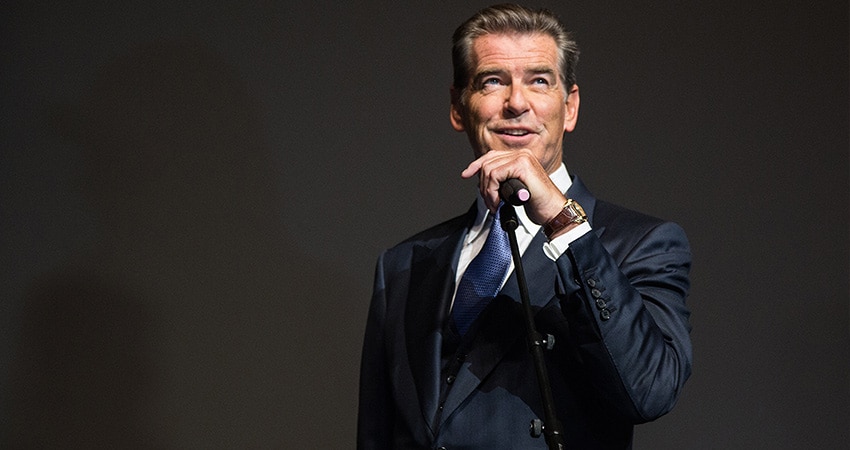 Brosnan was born at St. Mary’s Hospital in Drogheda, County Louth, Ireland. After several small acting parts, he shot to fame in Remington Steele. When finished with that gig, he tore up the screen as James Bond. Brosnan was the fifth 007, starring in Golden Eye, Tomorrow Never Dies, The World is Not Enough, and Die Another Day. He sang in Mamma Mia! And he was the perfect comedic foil to Robin Williams’ Mrs. Doubtfire. He has several film projects in the fire, is busy with charitable causes, and enjoys a solid marriage and family life.

Personal Quote: “Being an actor in Hollywood involves lots of things beyond acting. Charm really helps. And it’s a good idea to incorporate a little Bond into all your dealings.” 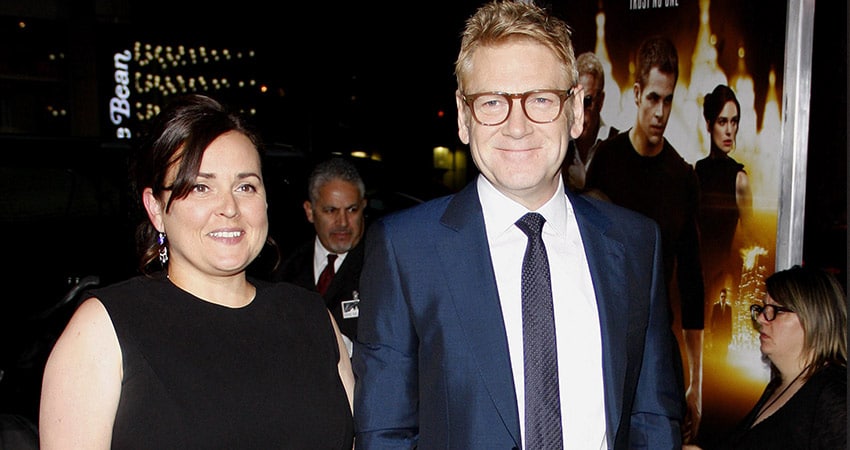 Belfast born and raised, Kenneth Branagh had early success in Northern Ireland in his role as Billy in the BBC’s Play for Today, a trilogy set in Belfast. He came to fame in London, playing in various Shakespearian plays a heady number of times. In the movies, he is best known for his adaptations of Henry V and Othello.

In 2017, Branagh also starred in and directed an adaptation of Agatha Christie’s Murder on the Orient Express, playing the inimitable Hercule Poirot. He reprised his role as Poirot in 2022’s Death on the Nile. Branagh’s semi-autobiographical 2021 film, Belfast, earned him Academy Award nominations for Best Picture, Best Director, and Best Original Screenplay. His talent as a director, popular actor, and Shakespearean actor is unparalleled.

Personal Quote: “I feel more Irish than English. I feel freer than British, more visceral, with a love of language. Shot through with fire in some way. That’s why I resist being appropriated as the current repository of Shakespeare on the planet. That would mean I’m part of the English cultural elite, and I am utterly ill-fitted to be.” 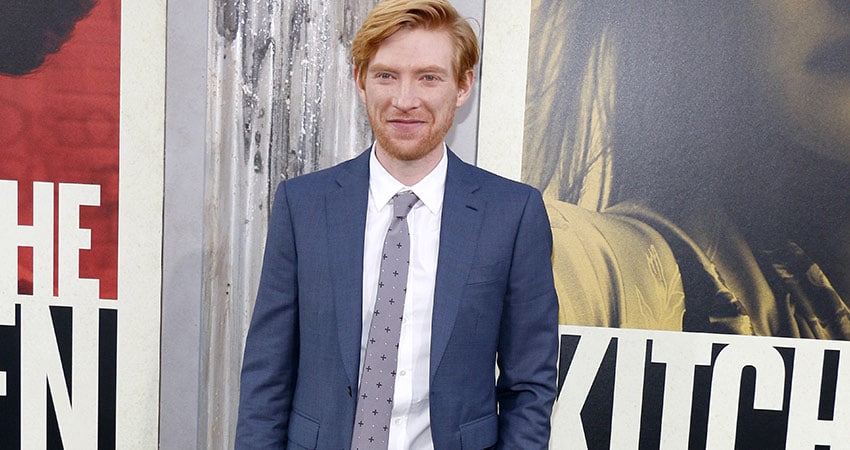 Gleeson, born in Dublin, is an Irish Screenwriter, actor, and director. He directed and wrote several films, but he gained fame playing Bill Weasley in the Harry Potter movie series over a span of ten years. Gleeson has starred in several Academy-Award winning films, including 2017’s The Revenant. He is known to a large audience for his roles as General Armitage Hux in the Star Wars sequel trilogy. Gleeson is one of the highest-grossing Irish actors.

Personal Quote: “Going home, spending time with the family, I feel they’re my friends as well, all of them. I look forward to meeting any one of them for a coffee, and when we all get together, I just love it.” 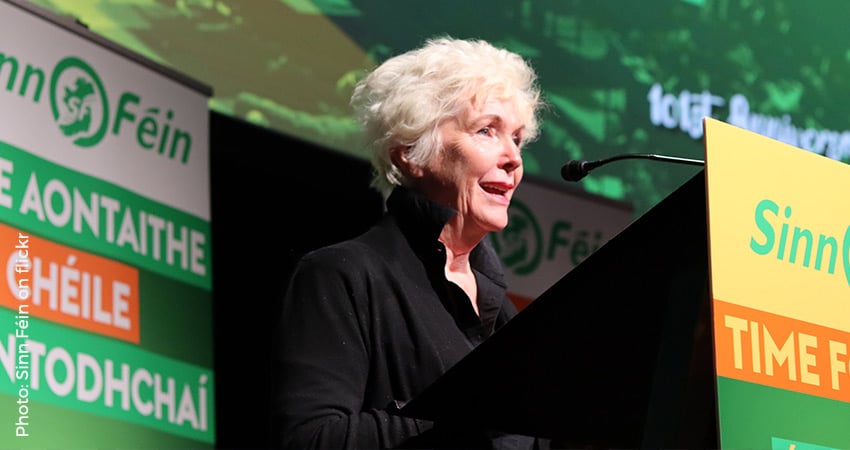 Flanagan is the only actor who appeared in three Star Trek spin-off series, and she is a gem. Born and raised in Dublin, she grew up speaking both Irish and English. She trained at the Abbey Theatre School in Dublin and moved to Los Angeles in 1968; she still has a home in Dublin. In 1985’s James Joyce’s Women, she gave an award-winning performance playing six different women who had a major influence on the writer’s life. She wrote and produced the piece for the stage and then as a feature film.

Flanagan also has a terrific talent for comedy. She particularly shines in the film Waking Ned Devine. Multi-talented, she studied languages in Switzerland at the Universite de Fribourg and worked as an interpreter and translator in Italy. Flanagan is also an accomplished violinist, and winner of the Saturn Award for The Winners.

Personal Quote: “I think Irish women are strong as horses, incredibly loyal and for the most part, funny, witty, bright, and optimistic in the face of devastating reality.”

Considering the Irish gifts of charm, elegance, charisma, and good looks it’s no wonder that some of our favorite stars have been, and are, Irish. Ireland has enlivened every genre of the American film industry. When we see movies filmed in Ireland, we want to visit. When we see performers from Ireland, we feel interested in the entire Irish nation and culture. Ireland has a pull that tugs us into books, movies, and travel. Plan your Ireland vacation here.