Fall under the supernatural spell of the Northern Lights in Alaska, Norway, Scotland, and Iceland. This electric phenomenon causes hot pink, orange and purple to dance across the sky, while veils of green shimmer toward the horizon. You’ll have the best chance of seeing the Aurora Borealis when the right conditions, perfect location, and weather come together. Nature doesn’t have a calendar, so be patient, and if possible, give yourself three days in one spot to experience Nature’s performance art.

The best viewing time is between 10 pm and 2 am. The prime months are from mid-September until April. Start looking up at the sky a few hours after sun down. Most lodgings keep track of the lights and will give you a wake up call upon request. 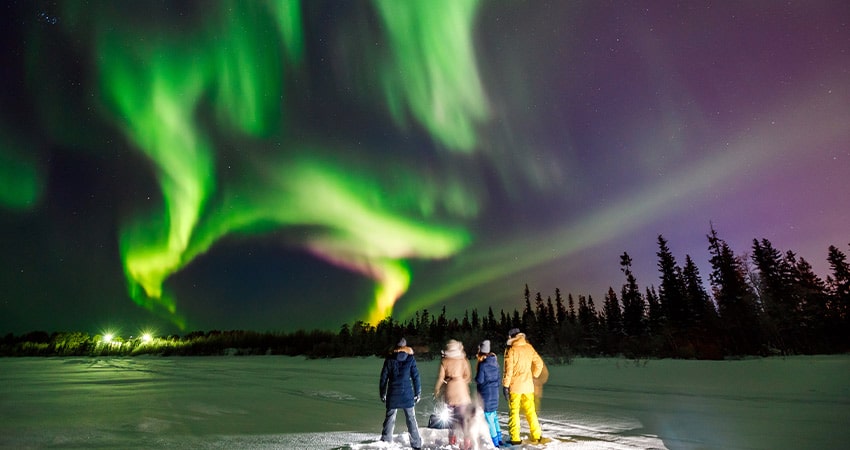 Fairbanks has an average of 240 light shows each year. The Northern Lights have been seen in some unbelievable places, including Mexico and New Orleans, but Fairbanks is your best bet. It is in the middle of the Arctic viewing circle. Farther north or south, and the number of nights decreases by more than half—Fairbanks is definitely the sweet spot.

One time, the Fairbanks fire trucks raced to the edge of town, sure that a tremendous fire was raging. There was no fire. The Northern Lights had painted the sky a vibrant red. Red is the most unusual color to see, while green, purple, and fuchsia are the most common. 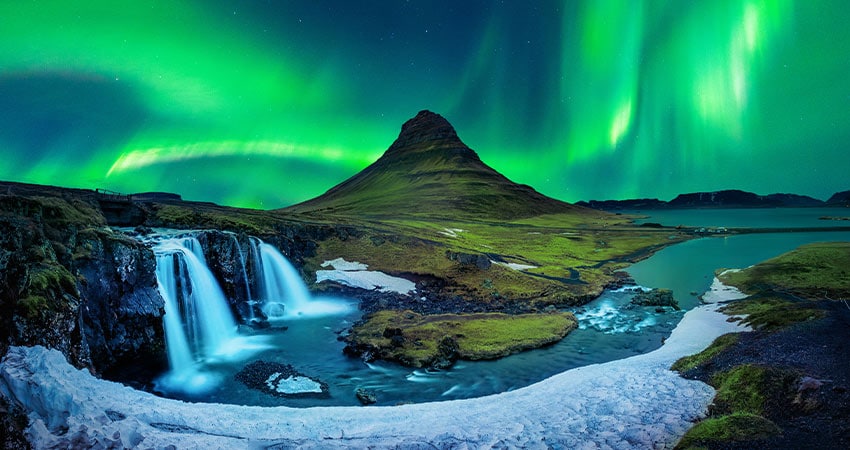 Northern Lights draw visitors to Iceland. More than 90% of the country’s people live in the city of Reykjavik, making it easy to get away from light pollution that dims the colors. Even at the edge of the city, you’re in for a spectacular viewing. Iceland uses its exceptional location to bring visitors from around the world.

Imagine basking in a natural hot spring at 3 am while the sky above you is a blaze of neon colors. Iceland has a world of natural wonders, including glaciers, park, wildlife, and lava fields. Consider getting on snowshoes or climbing on a snowmobile for views of the Northern Lights. If you’re in Iceland at the right time of year, nature will be part of your Aurora Borealis experience. 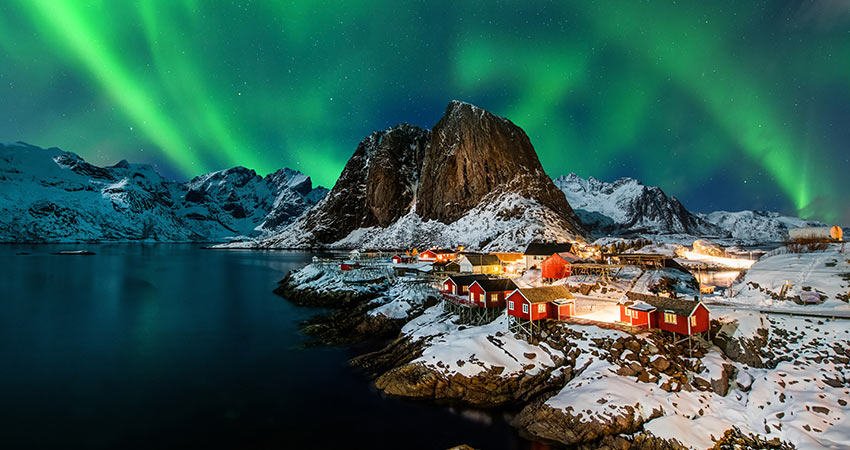 Two cities that are best for polar light viewing in Norway are Tromso and Svalbard. Svalbard is a group of islands north of the mainland. Its largest city, Longyearbyen, is the most northern permanent settlement in the world. The sun slips below the horizon for several months in the winter, and those months are ideal for viewing the Aurora Borealis. Arctic foxes and polar bears are also on display.

Tromso is known as “The Gateway to the Arctic.” The largest city in Northern Norway, it’s right in the center of the light’s viewing circle; like Fairbanks, this is a reliable place to see the light show. The months between October and March are best for viewing. In January, the absolute middle of winter, you can take part in the annual Northern Lights Festival, complete with live music and great food. The Season of the Northern Lights is an exceptional time for snowmobiling, visiting the fjords, and wildlife watching. 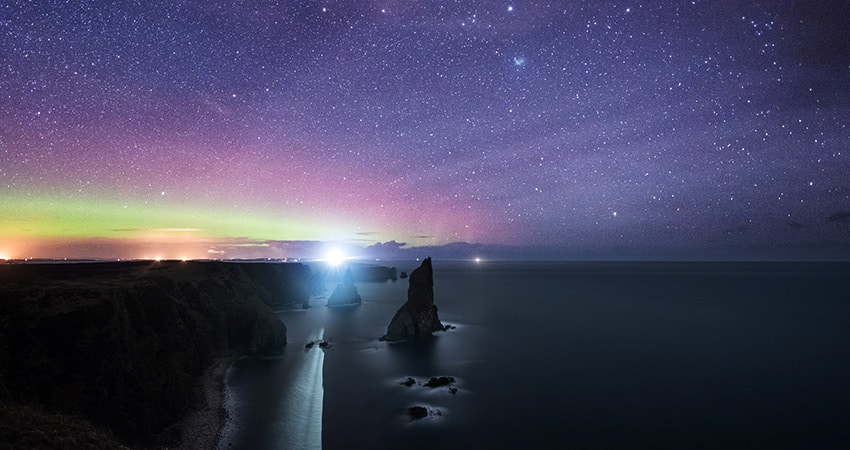 The Shetland Islands, in Northern Scotland, is an excellent viewing spot. These islands are the northernmost part of the UK. Come here for the Northern Lights, but also make a pilgrimage to farms that raise Shetland ponies, the puffin nesting areas, and the mystic Callanish Standing Stones. The Shetland Islands also host several ancient winter celebrations. They are a wild mix of music, drums, costumes, and bon fires. In the Shetland Islands, the lights are called, “the Mirrie Dancers.” Watching those lights dance across the sky, it seems like that might be the best name of all for the Aurora Borealis.

The otherworldly Northern Lights happen 60 to 200 miles above the earth’s surface. When solar winds collide with gas molecules and particles that are released from the sun’s atmosphere, it creates a sort of electrical discharge. The colors vary, depending on which gases are present in the air. If you’re lucky, you may fly back to the States on a winter night, and see colors streak the sky for hours. But that all sounds scientific, almost ordinary, and there is nothing ordinary about viewing the Northern Lights.

Consider putting a winter trip on your bucket list to see the Northern Lights. Scotland, Iceland, Norway, and Alaska welcome visitors to the wonder.

How to Road Trip on Iceland’s Ring Road?

Your Guide To Iceland’s Climate