The answer to that is a resounding YES! There is some disagreement about when they became popular, but kilts are definitely part of Ireland’s culture. Many consider that the Irish first played bagpipes, and the Scots first wore kilts. They are both Celtic nations, and in both countries, kilts are worn as a matter of pride. And what do Irish wear underneath their kilts? Read on! 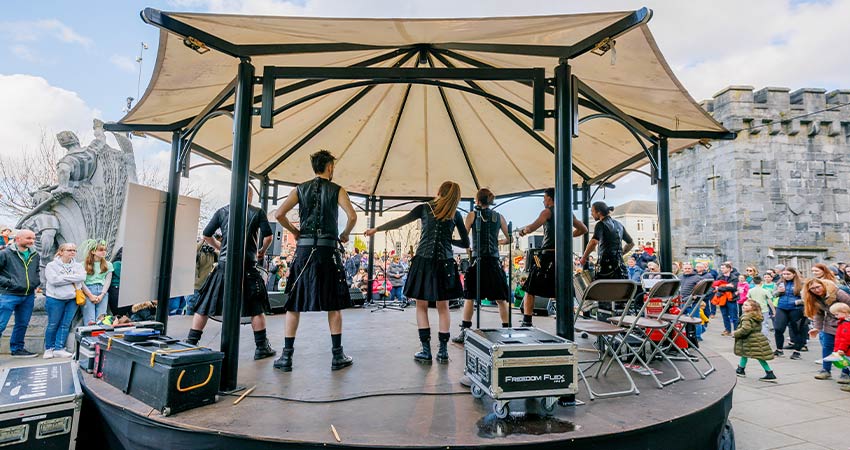 Kilt-wearing became common in Ireland during the mid-1800’s, although an aged Irish kilt was dug up in a farmer’s field. It was traced to the year 1590. In Ireland, kilts are tied to a person’s county or region. There are only a few Irish families with registered kilts, including Murphy, O’Neil, and Fitzpatrick, whereas in Scotland, there are thousands of family tartans.

Ireland has a designated tartan for each of four Irish provinces: Connacht, Leinster, Munster, and Ulster. A man from Cork would probably wear the Cork Tartan, and so forth. While Scottish kilts can be traced back to the 1600’s, it wasn’t until the early 1900’s that kilts became synonymous with Gaelic heritage.

Today, an Irish kilt is similar in style and appearance to a Scottish kilt. The traditional color for Irish kilts is saffron, a deep yellow color. They are usually embroidered or stamped with a shamrock. These were first worn, en masse, by Irish fighting with the British army in the 1900’s. They were worn for both protection and to set their regiments apart from the British army. There’s also historic evidence that Irish kilts were worn at weddings, music fests, and political gatherings. 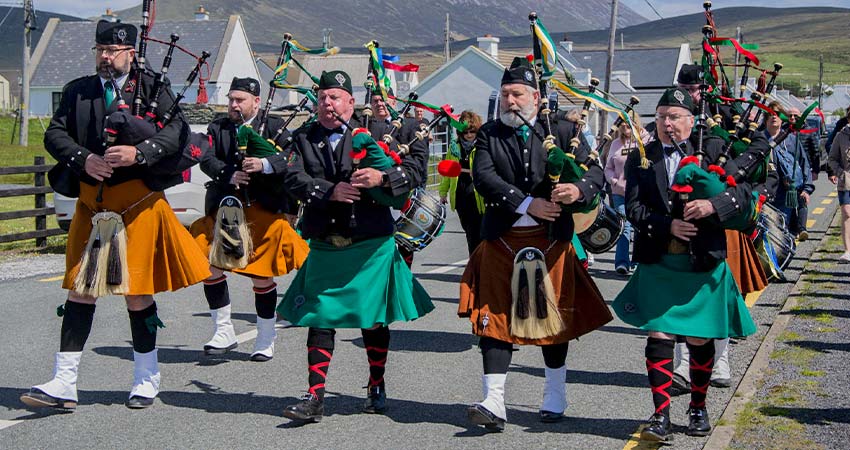 The Irish fighter and patriot, Patrick Pierce, used kilts in the dance school he founded, St. Enda’s, in 1910. Every student was given a kilt. This era became known as the Gaelic Revival. Pierce also supported the importance of Irish history, culture, and the Gaelic language. These first kilts were blue, the color associated with St. Patrick.

Tara is the oldest tartan. Originally called Murphy, it is named after the area where ancient Irish chieftains were crowned. Ireland’s Nation is the color of the Irish flag, set on black. The Irish Heritage is classic green and silver with black. And, today, saffron is still the color of choice, honoring all the Irish men who served in the military.

And underneath it all? Like Scotland, about half the men who wear kilts have underwear beneath the plaid. The other half? As the Irish say, “They go commando!”

Whether you attend a parade, a festival, or want to bring a kilt back home, your Authentic Travel Expert is happy to design a unique experience for your Ireland Travel adventure!

The Many Ways to Get Around Ireland