The poet Seamus Heaney was pure Irish, north and south, and he was authentic to the core.  Born in Northern Ireland, County Londonderry in 1939, he was one of nine children from a Catholic family.  Heaney has been quoted by statesmen, personal growth coaches, college professors, and grade school teachers. Joe Biden quoted him at the 2020 DNC, using his optimistic lines about peace in Northern Ireland, “where hope and history rhyme.” 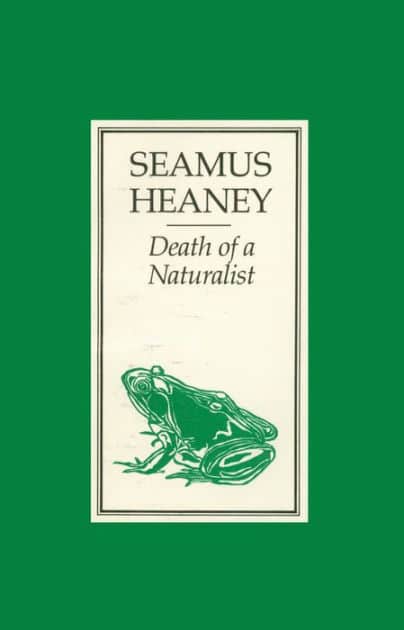 As many Irish are, Heaney was in love with language—the English language and Irish language, as well as Latin.  In his later years, he used the sound of the Irish language as the structure to build poetry around.  His first books, “The Death of a Naturalist” (1966), and “Door into the Dark” (1969), explored the way that language explodes inside our senses, and he equated that feeling with the landscape of Ireland.

By the 1970’s, Heaney was considered by critics on both sides of the Atlantic to be one of the best poets of his generation.  He felt the pressure to write about Northern Ireland, and the struggles there, but in the end he seethed with frustration.  When he was able, he moved his young family to Wicklow, Ireland proper.

From 1982 to 1995, he taught at Harvard, usually for one term each year.  His poetry mirrored the growth of a man in different seasons of his life.  In 1995, he won the Nobel Prize.  Not only was his mastery of language confirmed, so was his Irishness.  He continued publishing translations and writing anthologies of his own work. And, as he settled into feeling secure in his abilities and finances, he wrote about happiness.

He imagined himself as a boat, sailing through the air. He was connected to the land, to his family and friends, and despite the angst we sometimes equate with poets, he wrote about happiness.   Seamus Heaney’s famous line to “walk on air against your better judgement” was a favorite.  He said, “It is very inspirational. It is about going for it. We are naturally cautious and sometimes someone should throw caution to the wind.”  That line was inscribed as the epitaph on his gravestone in County Derry, his birthplace.

The Seamus Heaney Centre is at Queen’s University Belfast (QUB).  A visit there is a memorable dip into Heaney country, while discovering the wonder of Ireland and Northern Ireland.