Northern Ireland is one of the most astonishing places in the world, and it has long been overlooked by travelers. Imagine a region with roaring waterfalls, wild coastlines, cutting-edge art, and vibrant cities. Pair that with ancient ruins, the remnants of a pagan past, and the capital of Irish Ulster Chieftains, and you have a must-experience destination. 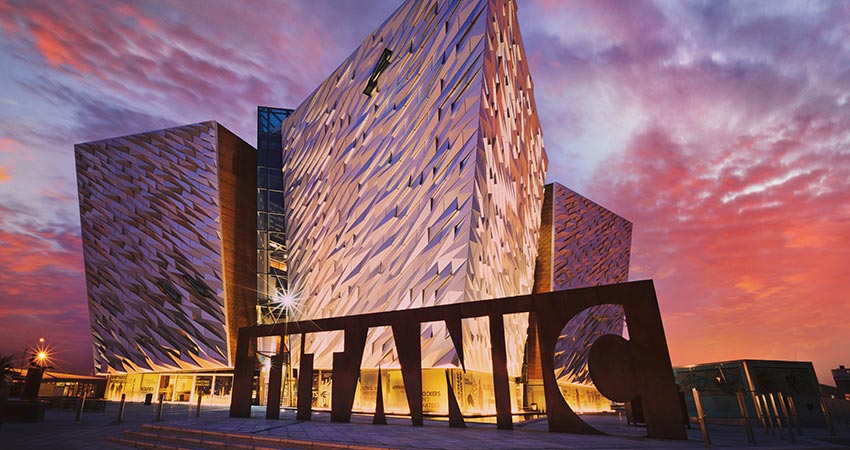 This iconic building is symbolic of Belfast’s brilliant place on the world stage. Dedicated to that fateful ship, the Titanic, it is a multi-media feast. It is situated at the top of the pier where the ship was made and departed for its only voyage.

The ingenious design not only gives a real feel for the size and style of the ship, it gives one an intriguing look inside the reality of the Titanic’s disaster. Step inside its history and you’ll have an experience that brings all your senses alive as you come to understand the upscale passengers, the engineers, and the hardy crew.

Explore the Titanic Quarter during this 4-night itinerary. 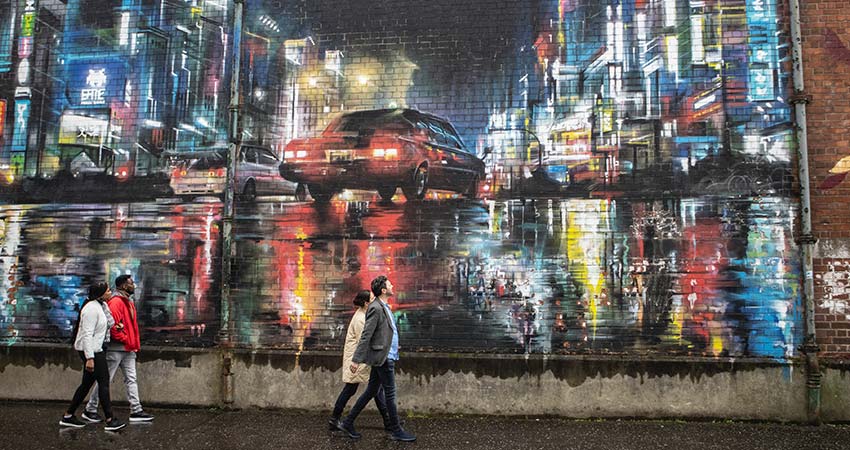 As you explore the city, visit the section where decades of murals have been painted on city buildings. They offer extraordinary insight into struggles for inclusion and a voice in the government. Today, tourists come to this area for the sheer wonder of the artistic impulse that arose to create these murals. Today, this art is treasured by all.

Belfast is vibrant, and you’ll have a fine selection of food, locally sourced, that mirrors the diversity of the city.

Experience Belfast and its extraordinary murals during a 7-night tour in Northern Ireland. 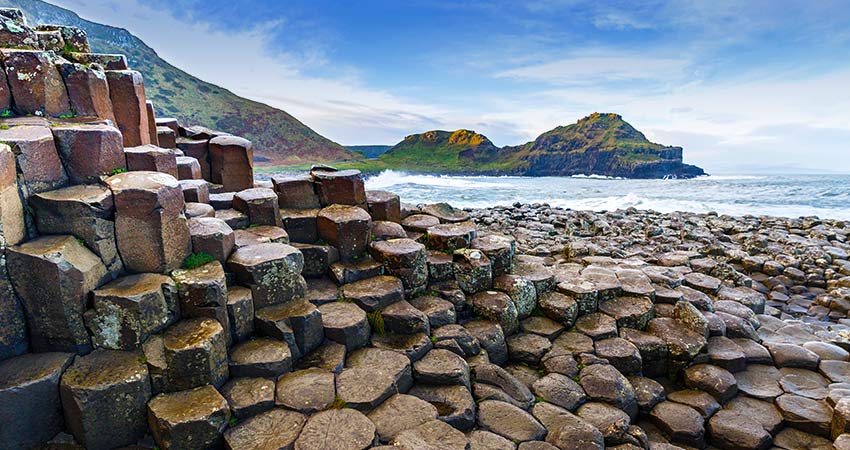 According to legend, the remarkable Giant’s Causeway was built by Finn MacCool, tossing stones for a path to Scotland, so he could best his Scottish rival for the hand of a beautiful woman. Scientific data tells us otherwise. It is believed that the 40,000 interlocking basalt columns were formed 60 million years ago as lava cooled and contracted. We prefer the legend!

Nearby, take a walk on the wild side on the Carrick-a-Rede Rope Bridge. Situated between the Causeway and Ballycastle, traversing this bridge is an experience that is ideal for folks who love adventure. The bridge crosses a chasm 60 feet deep between ocean cliffs and a sweet island. If you’re not crazy about heights, you might want to skip this!

While on the Antrim Coast, make the pilgrimage to Old Bushmill’s. Licensed in 1608, Old Bushmill’s is the oldest distillery in Ireland. Tumbling between volcanic rocks, the River Bush is the basis for some of the finest whiskey in the world, and it’s located very close to the Giant’s Causeway. 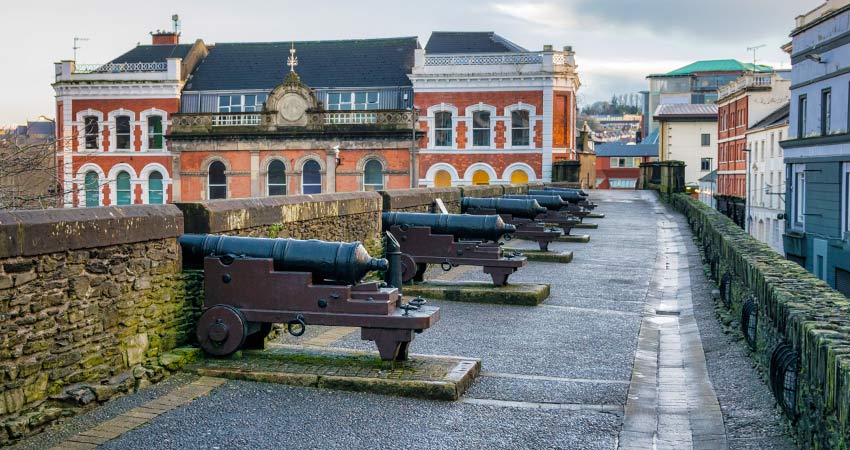 In 546 AD, Saint Columba founded a monastery beside the River Foyle and called it Doyle. Over time, the name became Derry. (The British added “London” to the beginning of the city name during their Plantation Project.) St. Columba’s Cathedral was built in the early 17th century and has been fully restored. Derry is beautiful, and it was named the UK City of Culture in 2013.

Derry is the only completely walled city in Ireland, and those walls are exquisitely preserved. They rise 26 feet high and in some places they are 30 feet wide. They were built in 1618 to defend the new city against the Donegal Irish Chieftains.

The Coastline of Derry, called the Magillian Strand, has gold sands and is a magnificent, windswept place. An odd dome sits atop the headlands of Castlerock. Designed to replicate the Roman Temple of Vesta, it was built in 1785 as a memorial to a beloved cousin of the eccentric Hervey.

Discover Derry during this 8-Night itinerary in Northern Ireland. 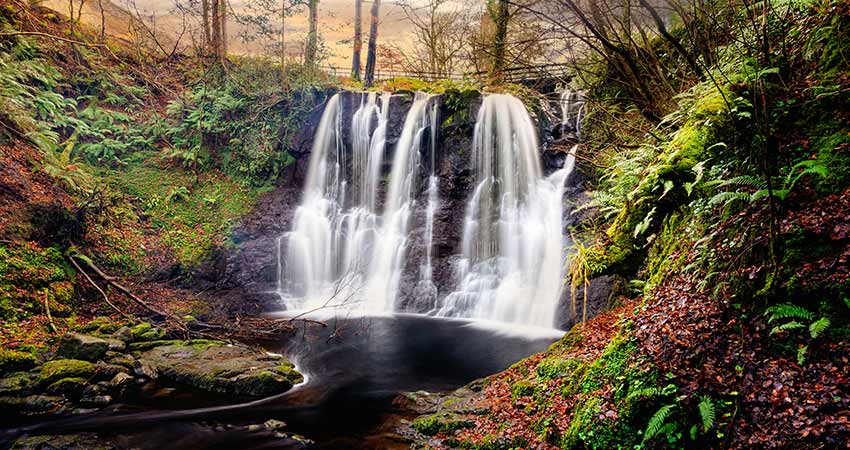 Part of the Nine Glens of Antrim, Glenariff is considered by many to be the jewel. The forest has pathways to the waterfall—depending on your walking ability and speed it can take two hours to reach. The entire park is acre upon acre of planted woodlands, recreation, and a Nature Reserve. You might consider going for a horseback ride followed by a tea-house picnic. This is the fabled haunt of fairies, misty magic, and glacier-carved mountains. It is quintessentially Irish. 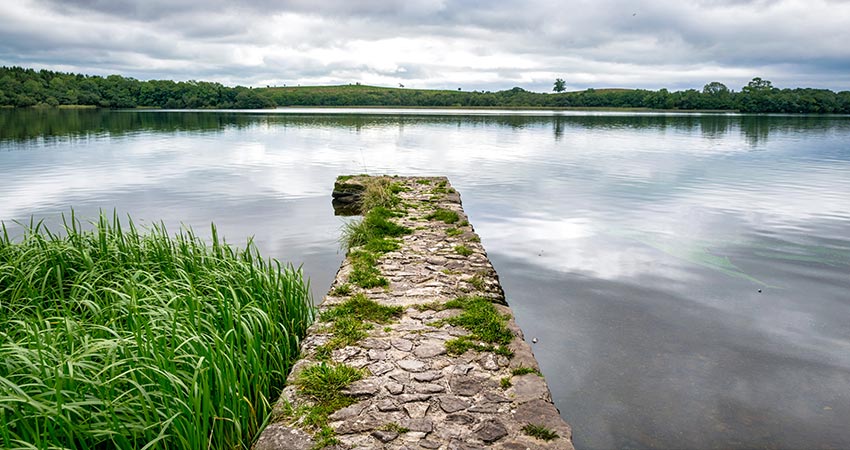 Sitting prettily in the northwest corner of Ireland, the lovely town of Enniskillen sits on an island that separates the upper and lower lakes. Loch Erne is 60 miles long, 7 miles wide, and it has 129 islands. The early Celts were drawn to this place for its beauty, but it also made an ideal place to hide from marauding Vikings. Ferry to one of the early, sacred islands and feel time slip away. This area is a rich combination of nature at its finest and historic sites, dating from the pre-Christian era. 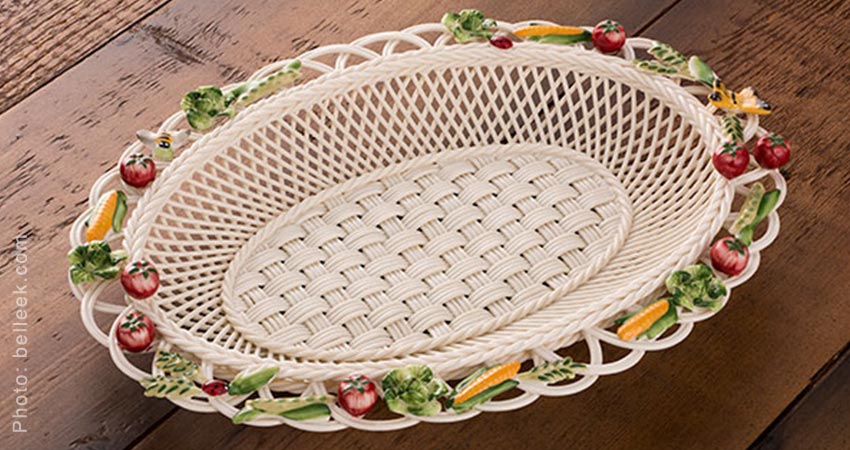 Founded in 1857, the company’s intention was to match the Parian marble of ancient Greece. Today Belleek is world-renown for fragile, ceramic latticework. Lacy leaves, shamrocks, classic claddagh, pastel flowers, and Irish-themed decorative pieces are offered. Most unique is its elaborate basketwork. These baskets seem to be woven out of gossamer instead of clay. Fuel your creativity, stop in, visit the shop, and wander through the small museum of elaborate work. 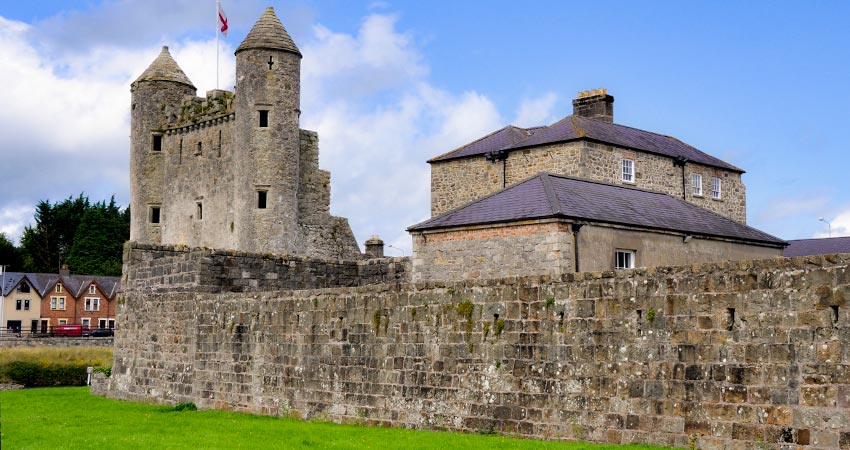 Gaelic Fermanagh was ruled by the Maguire chieftains who built their castle fortress, Enniskillen Castle, in 1428. Their rule lasted for 300 years—then the English took over their land and the castle. The beautiful castle on the River Erne served the military well. During this period of time, known as the Plantation of Ulster, the Irish chieftains lost power and fled to other parts of Ireland.

The castle has been the center of linen production. Later it became an RAF training base during World War II. It has been lovingly restored and visitors are welcome to explore the castle and the grounds. There are 5,500 ancient artefacts that showcase the area’s history from the prehistoric era up until the present.

Get an authentic feel for castles and so much more during this 14-Night Ireland vacation itinerary. 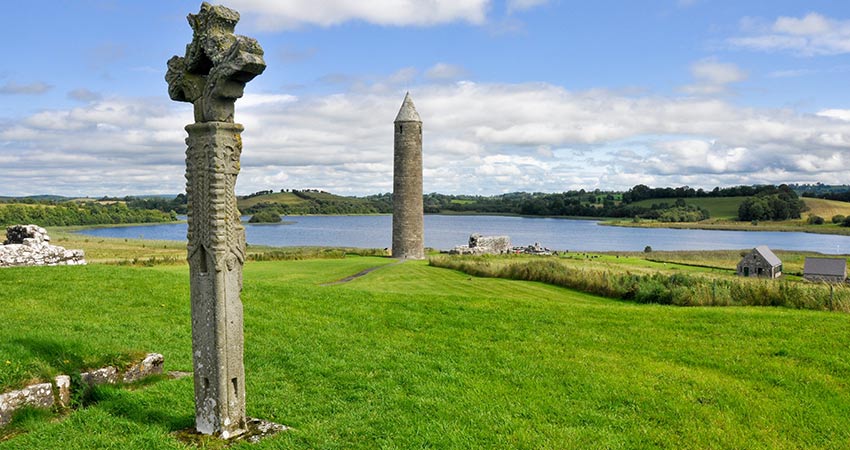 A monastery was founded in the 6th century by Saint Molaise on this island in Lough Erne. It was raided by the Vikings and then it thrived as a parish church. Over the centuries, other small churches were built on this tiny island. Throughout time, it has been an important sacred site.

There is a spectacular tower, built in the 12th century, that is 82 feet tall. From these high windows, monks could look for strangers approaching from any direction. Five stories high, the ceiling has a human face carved above each window. Step inside the museum for the collection of artefacts that have been discovered on this singular seascape. 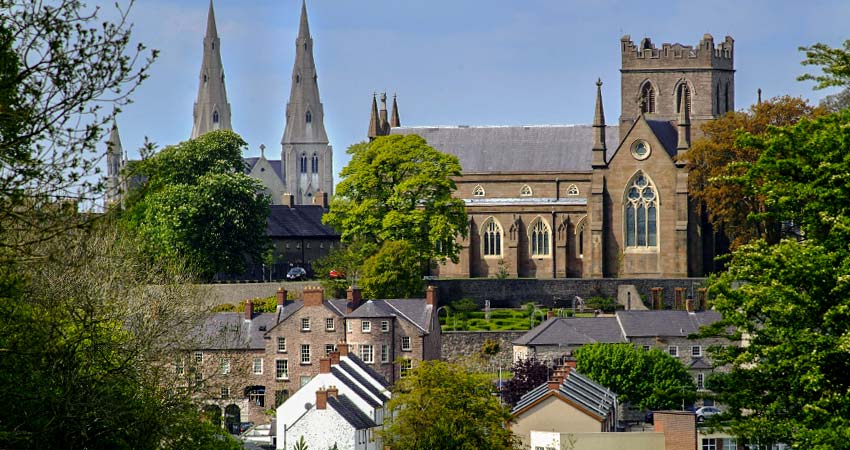 Armagh dates to the era of St. Patrick, making it one of Ireland’s oldest cities. In the center of town, two cathedrals face each other, and both are called St. Patrick’s. The Anglican church dates from medieval times. The Catholic church, covered in mosaics, is a neo-Gothic beauty. The city has lovely streets, lined with Georgian homes and shops. Head to the Armagh Planetarium on College Hill and you’ll find views that are nothing less than stunning.

Just to the west, visit Navan Fort, a large earthen structure that tops a hill. Navan was Emain Macha—the ceremonial and spiritual center of ancient Ulster. (There is evidence that the site was first used 4,000 years ago.) Around 100 BC a huge timber building, such as longhouses built by Native Americans, was built over a large cairn. The building was burned, and the ashes were buried, in a ceremony by those who lived there.

Ireland was divided in 1921 by the British. The north had already been seeded with Scots and English families, most of whom would rather have stayed home. During the division, Catholics were displaced, and with that division the Troubles brewed. A Peace Pact was signed in 1998, and today Northern Ireland is Europe’s hidden gem. The center of Celtic culture, this is the time to imagine the wonders of Northern Ireland travel.

Riverdance—The Pride and Soul of Ireland