Today, Ireland’s Guinness Stout is sold in over 150 countries around the world, and more than 10 million glasses are consumed every day around the world. Love it or leave it, Irish Guinness is legendary. What’s their story? 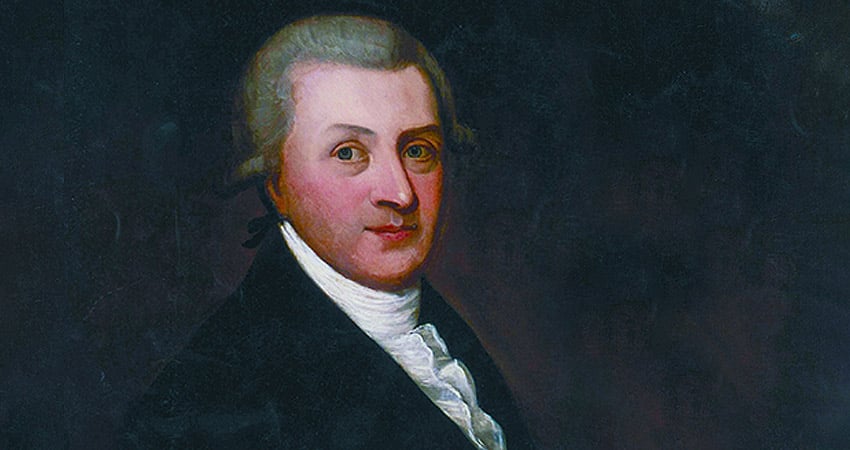 In 1759, when Arthur Guinness was 34-years-old, he signed a lease for the defunct St. James Gate Brewery in Dublin. The lease ran for a period of 9,000 years with an annual rent of £45. The brewery was on four acres, and what little brewing equipment it had was in poor shape. But, in only ten years, Arthur created a thriving business and was importing his brew to England.

In the 1770’s, he began brewing porter, a new style of English beer. Brewed using roasted barley, it had a distinctive flavor, rich scent, and was a beautiful, dark ruby color. By 1799, Arthur left ale behind and concentrated his efforts on porter. When Arthur died in 1803, he left quite a successful enterprise to his son, Arthur II.

Growing with the Guinness Family 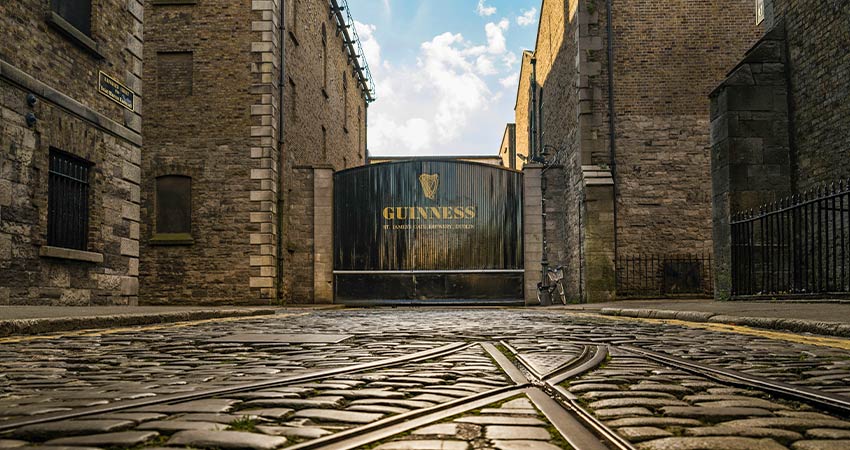 Amazingly enough, Guinness was passed down through five generations. The last member of the family to hold the title of Chairman was Benjamin, and he held that position until 1986. The family’s long legacy is extraordinary. 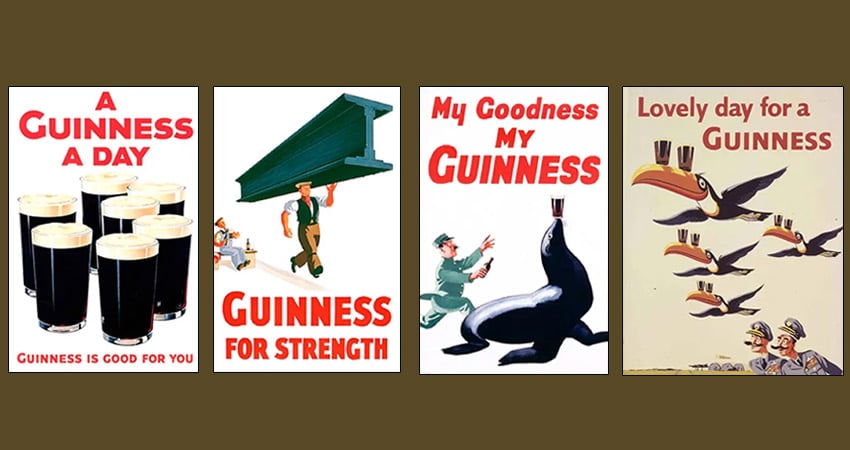 In the 1930’s, Guinness designed advertising campaigns that were unparalleled in the industry. The bottom line was that people felt good after downing a pint. Their most famous motto, “Guinness is good for you,” was created by award-winning English crime writer, Dorothy L. Sayers. Posters were designed that included phrases such as, “Guinness for Strength”, “Lovely Day for a Guinness”, “Guinness Makes you Strong”, and “My goodness my Guinness!”

Some of the favorite posters, still collected today, include distinctive art with animals, including a kangaroo, ostrich, seal, lion and, most often, a toucan. The jungle toucan said, “Toucans in their nests agree/ Guinness is good for you/ Try some today and see/ What one Toucan can do!” The animals were sometimes shown outwitting a zookeeper. They were catchy and fun; the intent was to appeal to the crowd who didn’t want to drink cheap lagers.

Guinness Around the World 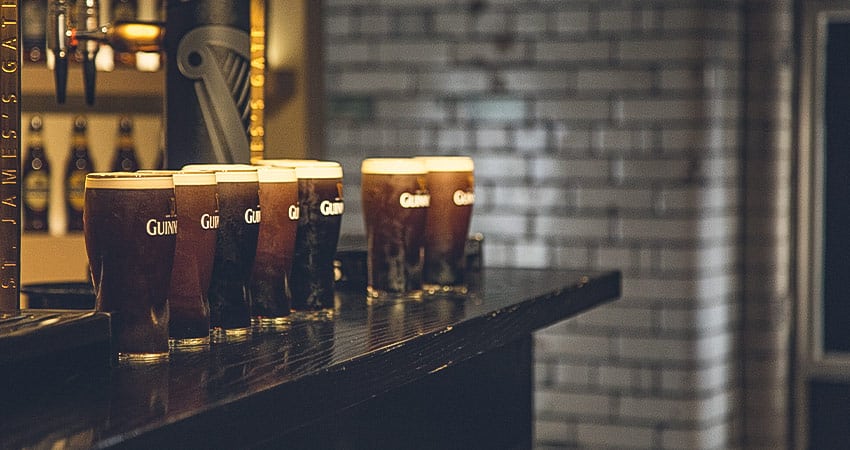 Guinness accounts for more than one-quarter of all beer sold in Ireland. Guinness began retailing in India in the 21st century. 40% of the beer sold in Africa is Guinness. The beautiful ale is brewed under license in Nigeria, the Bahamas, Canada, Cameroon, Kenya, Uganda, South Korea, Namibia, and Indonesia. In 2017, distribution began in China, the largest worldwide market for alcoholic beverages. The UK is the one nation that consumes more Guinness than Ireland. Ireland is followed by Nigeria and the United States. 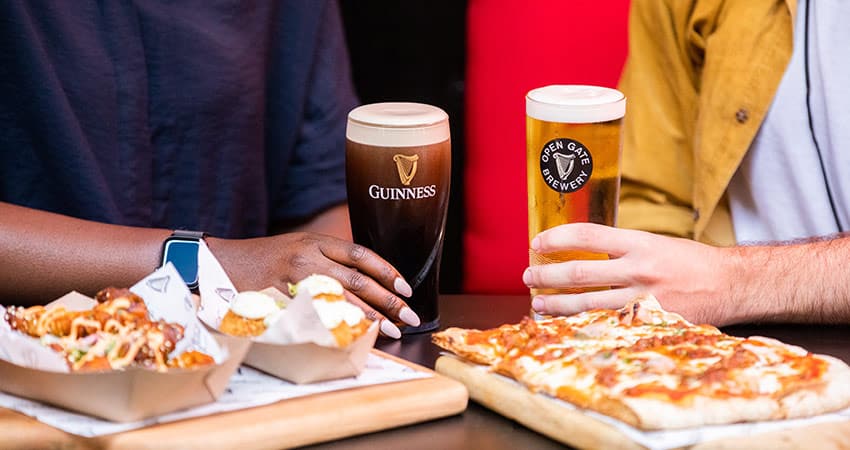 Many styles of Guinness are not higher in alcohol than other beers. An average beer of the same style contains 5% Alcohol By Volume, while Guinness is 4.2%. Because Guinness is creamy and rich, plus dark in color, most people assume it is high in calories. In fact, a 12-ounce serving of Guinness is 125 calories. Bud Light clocks in at 110… So, enjoy your Guinness!

The Process, Taste, and Serving 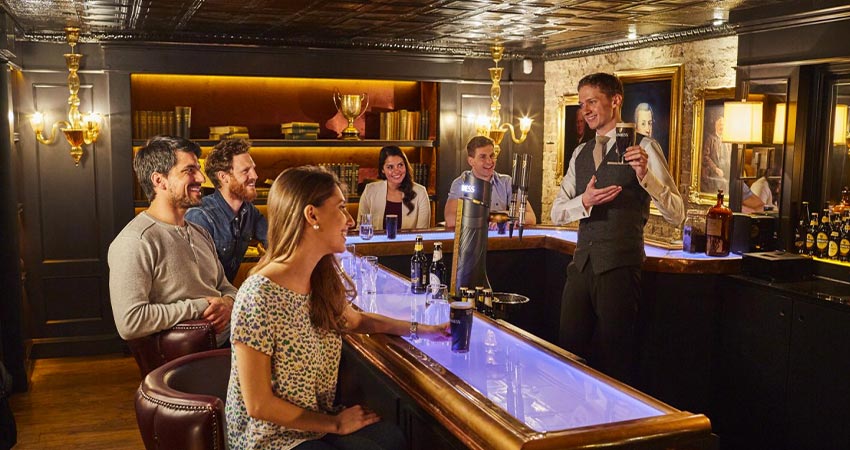 Guinness is both pasteurized and filtered. Until the late 1950’s it was racked in wooden casks, and then they developed a metal keg. (These were nicknamed “the iron lungs.”) Isinglass, a fish product, is no longer used as an agent for settling out material in the vat. So, today, it is an excellent choice for vegans and vegetarians.

The biggest change in the Guinness process occurred in 1959 when Guinness began using nitrogen. Nitrogen bubbles are smaller than carbon dioxide, and it gives the stout a creamier, smoother texture and taste. When Guinness was put in cans, a “widget”, a small plastic ball of nitrogen, was placed inside each can to create a creamy head.

The perfect pint of Guinness draft is the product of a double pour. According to the company, this pour should take 119.53 seconds. Guinness, that Master of Marketing, has promoted this as, “Good things come to those who wait.” 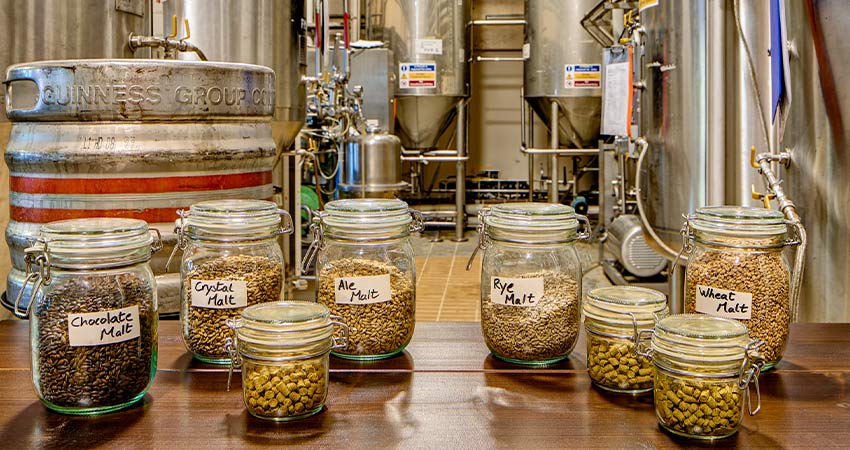 Guinness is a stout made from water, barley, roast malt extract, hops, and brewer’s yeast. Some of the barley is roasted, giving Guinness its rich, dark ruby color and unique flavor.

The Varieties Found in the USA 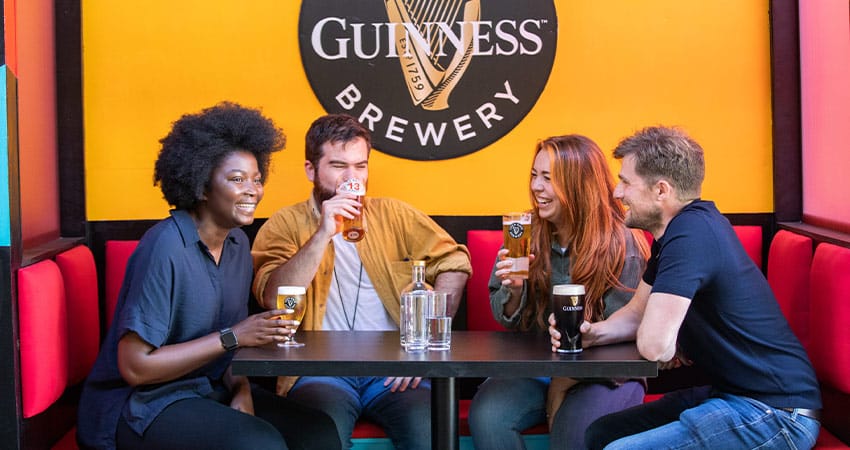 Foreign Extra Stout and Special Export Stout, with Alcohol By Volume of 7.5% and 9%, are the closest to the original in character and taste.

Guinness Draught is the standard draft beer. It is sold in kegs and in widget cans and bottles. The alcoholic content is 4.1 to 4.3 %.

Guinness Foreign Extra Stout is 7.5% ABV in Europe, Africa, the Caribbean, Asia, and the USA. The Guinness wort extract is shipped directly from Dublin.

Guinness Special Export Stout, the first to be pasteurized, comes in at 8% alcohol.

Guinness Blonde is a lager brewed in Latrobe, Pennsylvania. It is a combination of Guinness yeast and American ingredients. 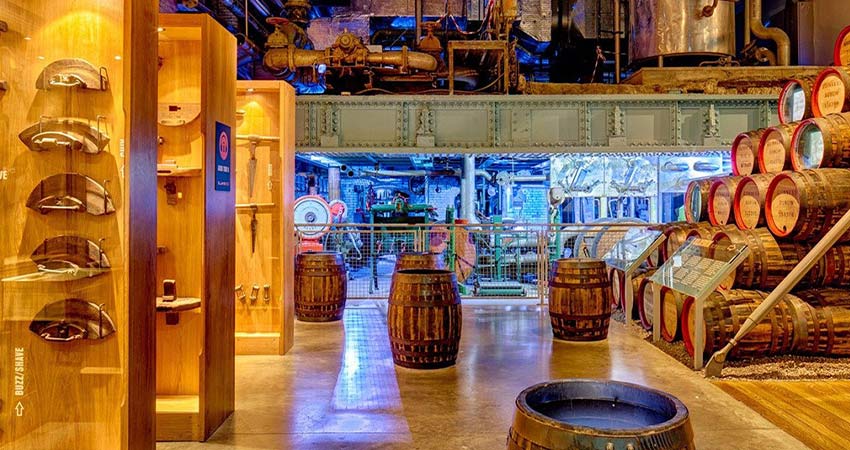 Guinness Brewhouse 4 is their state-of-the-art brewery, located at St. James Gate, Dublin. It is one of the most advanced, and environmentally sustainable, breweries in the world. The brewery uses more than 100,000 tons of Irish barley each year, and it contributes mightily to Ireland’s economy. More good news: When you visit Dublin, you are invited to tour and taste this beautiful stout.

When you visit Ireland, ask your Authentic Destination Expert to put a visit to Guinness on your list!

The Many Ways to Get Around Ireland