Did Golf Originate in Scotland?

The first game of golf took place in Scotland sometime between 900 and 1200 AD. Officially, golf as we know it was born in the 15th century, and the 18-hole round originated at the Old Course at St. Andrews in 1764. For some, the Old Course is practically a place of pilgrimage and homage. In Scotland, golf is a game meant for everyone, not just the wealthy. With more than 587 courses, there’s a place to enjoy the game from the Highlands to the Lowlands, and from Glasgow to Edinburgh.

The language of golf was first recorded in 1453 with the word “lynkis,” meaning links. By 1503, you needed “golf clubbes and balles.” A toast of whisky to the golfer was recorded in 1743 as, “Let each social soul Drink to the putter, the balls, and the hole.” James IV was an avid golfer, and Mary Queen of Scots was said to play on Musselburgh Links in 1567.

Even for those who are not golf aficionados, charting a vacation based on golf courses is a dive into Scotland’s history. From wild and wooly links on the coast, to pretty courses outside Glasgow and Edinburgh, golf is the name of the game in Scotland! Following are some favorites. 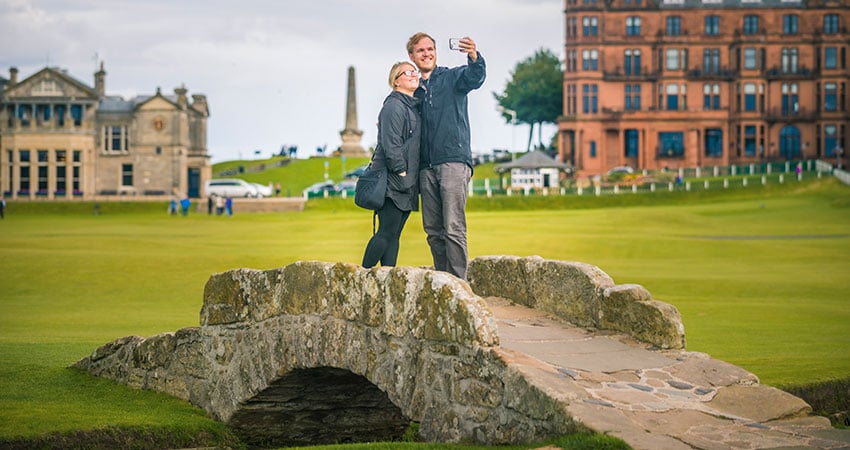 The seven courses of St. Andrews are a golfer’s dream. The revered Old Course is a mecca, and the most well-known. Check out the Golf Museum, and then head to the posh restaurant at the Old Course Hotel. 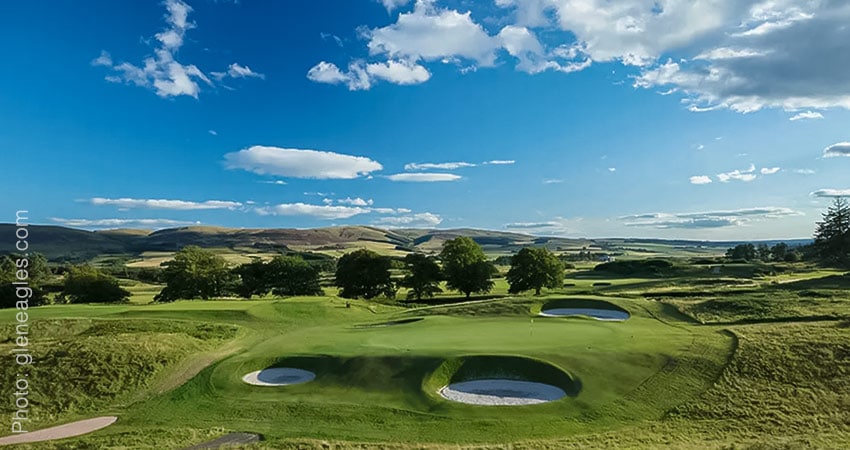 This is another legendary name in the world of golf and, like St. Andrews, it is a group of courses. Created in 1924, it is situated on luscious moors—Gleneagles could only be in Scotland. The Queen’s course is the shortest, and the King’s course is average-sized. The Monarch’s course is a champion-length course at 7,081 yards. No handicaps are required to enter. Dining in the restaurant at Gleneagles is pure heaven. 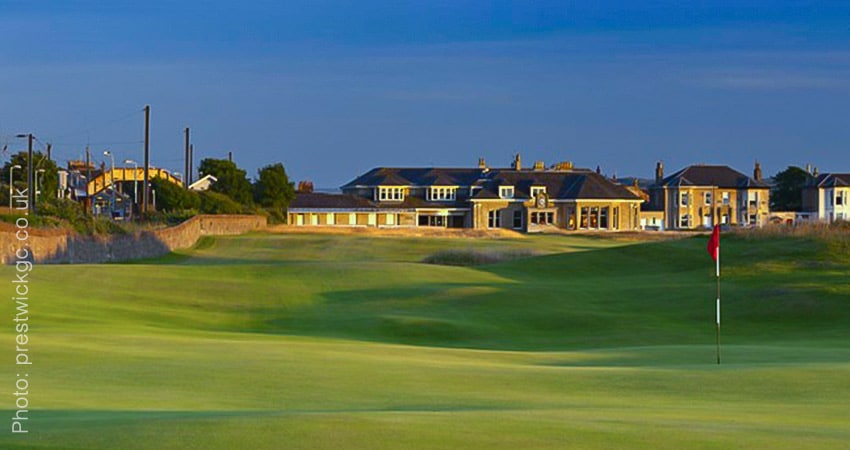 Prestwick is not show-room modern, which makes it an authentic delight. Created in 1851, it is a timeless favorite. One of Scotland’s most beloved courses, the first British Open Championship was held at Old Prestwick in 1860. On the west coast of Ayrshire, it is only about thirty miles southwest of Glasgow. 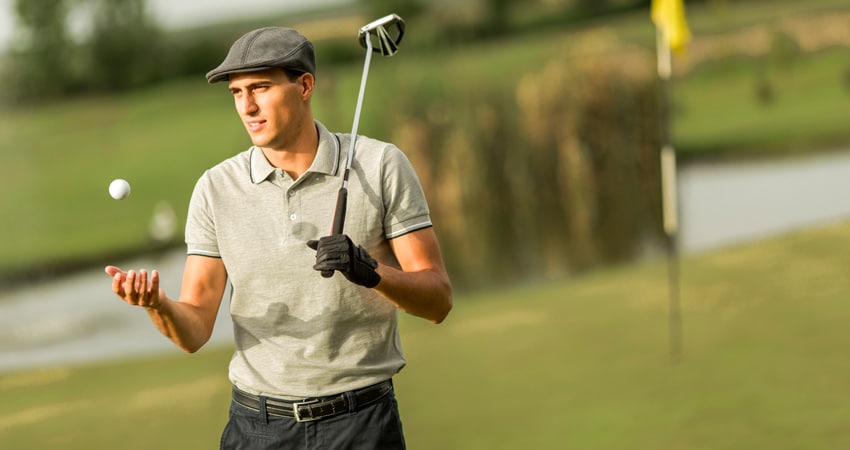 This is another golfer’s paradise and includes six golf courses. Fullarton’s is an easy course for beginners. Darley and Portland are the mainstays. The Old Course is the favorite and a classic Open venue. The longest green of the three courses is the Lochgreen at 6,822 yards. In 1962, this is where golf legend Jack Nicklaus qualified for his first Open Championship. Just thirty-six miles from Glasgow, you walk in the shadow of giants when you play the course at Troon. 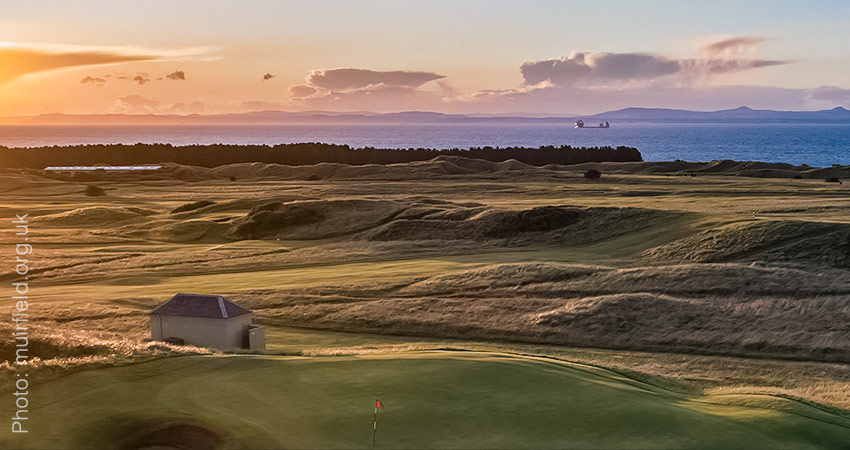 Muirfield is an 18-hole championship course designed in 1891 by Tom Morris. Its history goes back to 1744—it is the home of the Honourable Company of Edinburgh Golfers. When the Edinburgh Golfers was formed, they played on the ancient Leith Links. Later they moved to Musselburgh, before finally settling in at Muirfield. Visitors from around the world are given a warm welcome—no stuffy business here! The nearest village is quaint and lovely Gullane in the Sottish Lowlands, just twenty-five miles from Edinburgh. 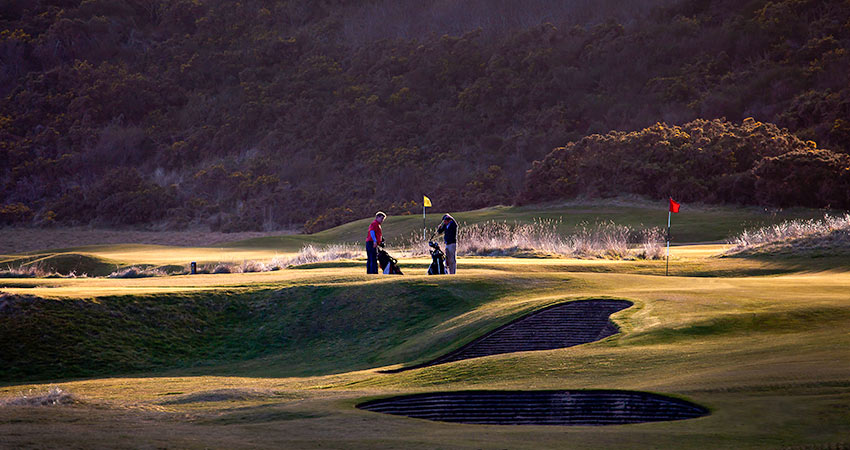 This Championship Course has 18 holes and settles perfectly on the land. Laid out in 1877 by Tom Morris, it follows the natural curves of hills and valleys. This makes it very like one of Scotland’s original courses. It is gorgeous, and it is no piece of cake, but you fall in love with the beauty of Scotland here. It is, every inch of it, a championship course, but there are fewer players here and a less-competitive spirit. It is one of the most northern of Scotland’s top courses. 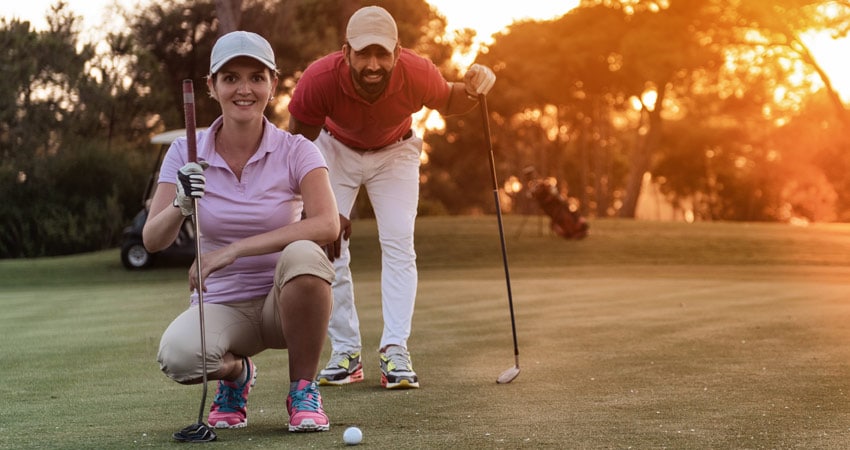 This world-class course is a delight. An easy 20 minutes from Dundee, the course is called, “Golf’s greatest test.” The game has been played at these links since the 16th century. In 1926, the legendary golfer and architect James Braid was brought to the club to oversee its design, and the course was ready to host the Open Championship. Carnoustie plays an important part in the lives of those who live in the nearby village. This course is a dream for many.

Scotland is the birthplace and natural home of golf. Like whisky, it is part of the national identity, and it knows no social boundaries. Even for those who don’t participate in the game, a Scotland vacation that includes a historic course creates an authentic experience. View our Scotland Golf Tour itineraries here.